Ali Rosen is the Emmy and James Beard Award nominated host of "Potluck with Ali Rosen" on NYC Life. She is the author of the cookbook Bring It! and the upcoming Modern Freezer (July 2021). Ali has been featured on The Today Show, Dr Oz, and NPR's All Things Considered and has written for publications including The Washington Post, Bon Appetit and New York Magazine. She was a Forbes 30 Under 30 (many moons ago) and Thrillist said Ali had one of the coolest jobs in food (she agrees).

Ali is originally from Charleston, SC but now lives in New York City with her husband and three kids and can usually be found at the Union Square Greenmarket if she is not in her kitchen.

Favorite meal when cooking for yourself: "When I'm cooking for myself I am such a stereotype of a person who grew up in Charleston, but I will always love a big bowl of grits." 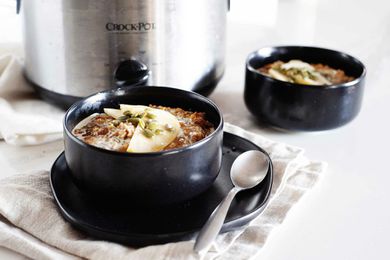