Enjoy a range of IPAs with these options

Our editors independently research, test, and recommend the best products; you can learn more about our review process here. We may receive commissions on purchases made from our chosen links.

The best IPA (India Pale Ale) beer clubs regularly deliver a new variety of these beers right to your door. IPA is a style that has evolved into a few different types of beers with original characteristics that span from appearance to tasting notes. The English-style IPA is crisp, floral, and earthy, while the American West Coast IPA pushes the limits on hoppy bitterness. The Northeast IPA, often called hazy IPA, speaks to a wider audience of beer lovers with its tropical, juice-like flavor and mouthfeel.

Beer clubs allow you to get award-winning IPAs that you wouldn’t otherwise have access to in your area. Our picks for the best IPA beer clubs satisfy all IPA fans, whether you like hazy or hoppy.

Why We Chose It: You’ll find multiple IPA beer club options to choose from so you can get more of the IPAs you're craving.

What We Don’t Like
No option for only hoppy IPAs

The clubs from Southern California’s Craft Beer Kings are a good fit for those whose preference for IPAs covers the spectrum of styles out there. There are four monthly beer club options for IPA lovers: IPAs, Hazy IPA, IPA & Sours, and Stout & IPAs.

Each month, the experts at Craft Beer Kings hand-pick your box and you’ll receive 16-ounce cans of the latest releases in the styles specified. Hoppy IPA fans should note that while the Hazy IPA club promises only hazy beers, the IPA club includes a mix of West Coast style with other IPA styles such as hazy, so you aren’t guaranteed a hoppy-only selection.

There is no minimum commitment for these clubs. If you want to try it out for one month, you can do so and cancel at any time. There is a six-beer option for the subscriptions, which is a draw for those new to beer clubs and who may want to ease into them with a smaller allotment when getting started.

Six-beer boxes cost $59.99 and 12-beer boxes are $99. Shipping is included in the subscription prices and the website states that the company ships to most of the lower 48 states, as state laws allow.

Why We Chose It: Beer Drop sources the best IPAs from small breweries that you often can’t find outside taprooms.

Beer Drop is a dream come true for IPA lovers who are on the lookout for the best beers from microbreweries that have limited distribution. For each month’s shipment, you select the styles of beer you want to be included. You can choose all IPAs and make your box a true IPA club.

Beer Drop sources its beers from Colorado breweries. While the beer will only come from one state, it does happen to be one of the best-known states in the country for award-winning breweries.

Subscription plans start at $39.99 a month and shipping is an affordable $5 for all plans. Beer shipping laws are tricky and vary by state. Beer Drop notes that it cannot ship to every state, but it does not disclose how many states it does ship to. Contact the company to ask if your ZIP code falls in its delivery area.

Why We Chose It: If you are a hazy beer fan, you’ll feel better knowing that overly hoppy, West Coast style IPAs won’t make an appearance in your shipment.

What We Like
All hazy IPAs
Tall, 16-ounce cans
No repeats

For fans of hazy, juicy IPA, this subscription is sure to please you because every beer in the box will be in that category. With this single-style subscription from CraftShack, you’ll receive 12, 16-ounce cans of hazy beer each month. Beers selected are based on the shop’s favorite picks and it promises that no two cans will be the same.

A monthly membership costs $99. Once you sign up, it will be set to auto-renew and will be automatically delivered on your schedule. You can modify or cancel the subscription anytime. If you’d rather not go month-to-month, CraftShack has options to pay in full for three- ($297) or six-month ($594) subscriptions. All prices include shipping. CraftShack says it ships to nearly all of the lower 48 states, but you’ll need to inquire about your specific address when ordering.

Why We Chose It: There is the option to customize and pick beers from independent breweries around the U.S. or allow for your beers to be hand-picked for you.

Tavour is like a daily craft beer catalog. At least two new beers are featured on its app each day and you swipe through, selecting which beers you want to add to your cart. You’ll need to act fast for popular beers. If a particular beer is in high demand, it will disappear quickly and you’ll have to go on a waitlist for it. There is no minimum or maximum commitment—add as many beers as you want each month and pay flat-rate shipping of $14.90.

For IPA lovers, this allows you to select only IPAs from the daily offerings on the app when they become available. If you’d rather have an element of surprise and put your beer selection into the hands of experts, Tavour also offers a subscription service andyour box always ships free. You pick the style, the number of beers, and the frequency of shipments. Tavour hand-picks beers to fill the box for you based on your choices—just specify hoppy & juicy.

Tavour sources its beers from over 650 independent breweries from 47 states, ensuring that you will find beers that you’ve never had before. The cost of each build-your-own crate will depend on the price of each beer in it, while prices for six-beer subscriptions start at about $55. Tavour ships to 25 states.

Why We Chose It: This IPA-only beer club is ideal for the beer lover who is still exploring new flavors to decide what they truly like.

If you are exploring which IPAs you like and prefer to try varieties from both small and larger breweries, Half Time’s IPA Hop Head Beer Club is the right pick. You’ll receive two of each of the beers in a shipment so you’ll be able to revisit them as you study the style and tasting notes.

The IPA Hop Head Beer Club is $100 per month, including shipping, and requires a three-month commitment. Half Time promises to include the best up-and-coming beers, but it doesn’t share past selections on its website.

Half Time ships to 29 states, and unlike many other subscription services, it makes it easy to verify whether your state is included by entering your ZIP code at the top of any product page.

Why We Chose It: This club makes gift-giving easy by shipping expert-selected IPAs and providing the option of sending a personalized note to the recipient.

What We Like
Customize notes for gifts
Beers included are suggested by an experienced tasting panel
Both U.S. and international beers included

What We Don’t Like
Duplicate beers in the same shipment

Whether you are an IPA expert or if you’re trying to find something for an IPA-lover in your life, Hop-Heads Beer Club is the best option for gift-giving. You can rest assured that the selection is of the highest quality due to the careful selection process. Beers included in each shipment come from a tasting panel of experienced Brewmasters who have visited top beer regions and are closely tied to the industry. Each year, only the top 20 percent from over 500 rated beers are included in the club.

Each shipment arrives with four of the same beers from three different breweries for a total of 12, 12-ounce bottles or cans. While breweries are most often based in the U.S., Hop-Heads includes international selections as well.

The Hop-Heads Beer Club is one of the most customizable in terms of how often you receive shipments and how you pay. You can choose to receive beers every month, every other month, or every quarter. You can pay each time a box is shipped or you can prepay. If you mark the shipment as a gift, you can add a gift note to the recipient.

The cost per box is $49.95 with shipping and handling included. The minimum order to sign up is two months of service or two boxes. The Hop-Heads Beer Club ships to all states except Alabama, Alaska, Arkansas, Hawaii, Kentucky, Mississippi, and Utah.

There are a variety of options for beer clubs that cater to IPA drinkers. Craft Beer Kings received the best overall rating due to the beers included in its shipments, the lack of a minimum commitment, and the options for IPA clubs. Factors such as the experience of the beer drinker, beer sourcing, and flexibility of the membership are all things to be considered when choosing the ideal IPA beer club. All of the companies on our list are worth exploring.

What Is an IPA Beer Club?

Members of IPA beer clubs receive a set amount of IPAs delivered to their door on a regular basis, most often each month. Beers arrive as 12-ounce bottles and cans, 16-ounce cans, and 32-ounce growlers, depending on the club. Some clubs select the top beers to send each month, while others allow for customization.

Do IPA Beer Clubs Ship to My State?

Alcohol shipping laws vary by state and by the type of alcohol. Most clubs ship to as many states as possible while working within local shipping laws. The average shipping range for most clubs is around 30 states. Laws frequently change, so inquire directly with each club to ensure that they deliver to your ZIP code. Some clubs make this information easy to find on their websites, while others require that you send an inquiry.

How We Chose the Best IPA Beer Clubs

We evaluated the best IPA beer clubs based on the types of IPAs available, customer reviews, brewery sourcing, expert selection, and flexibility in ordering and customizing the membership. Beer Drop sources rare and limited-release beers from a well-known craft beer region, for example. Tavour, on the other hand, sources beer from around the U.S. and allows you to select only the beers you want for each shipment. 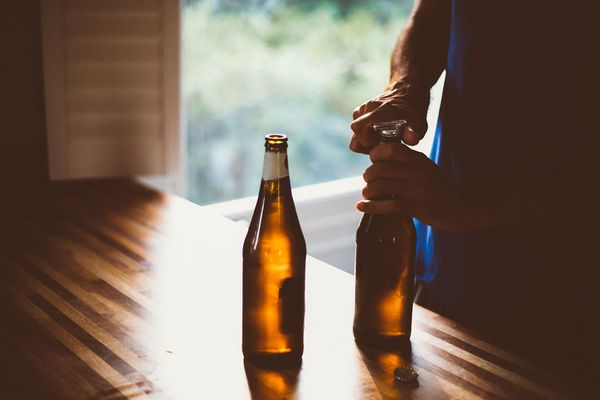 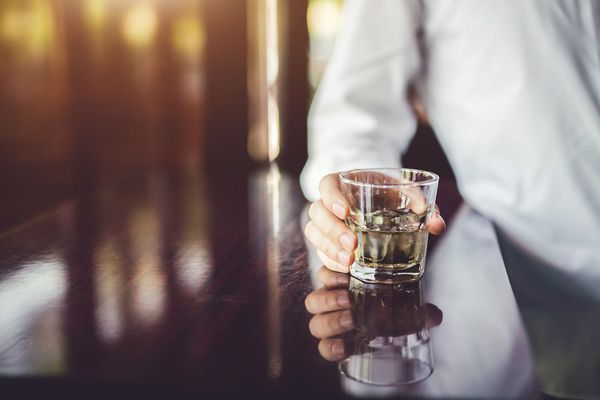 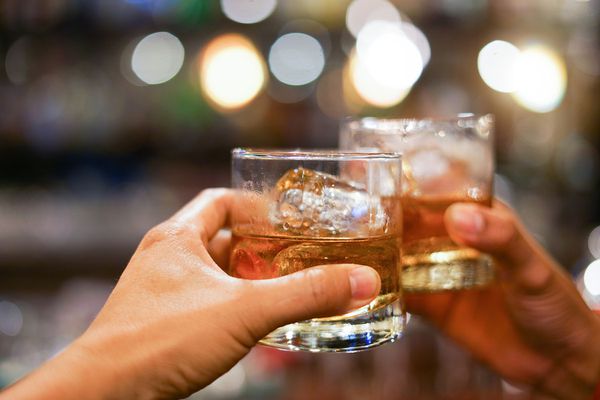 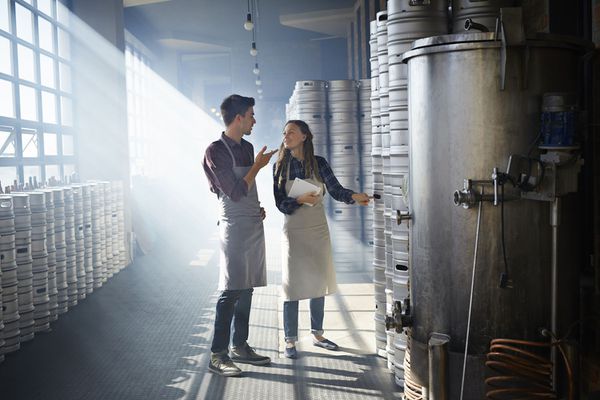 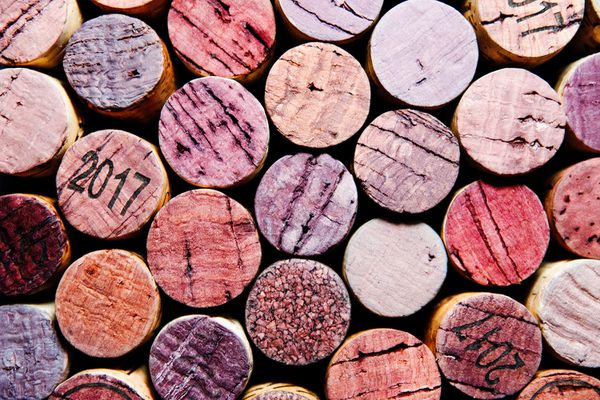 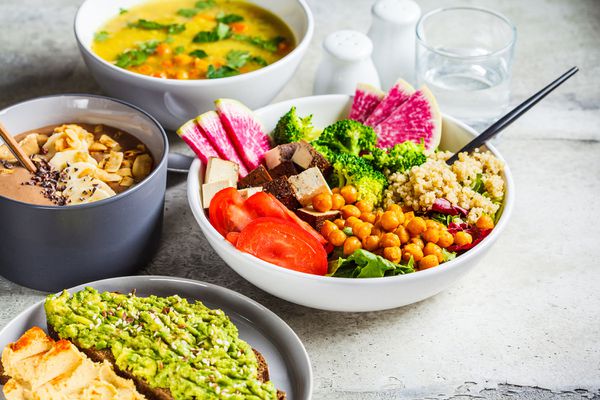 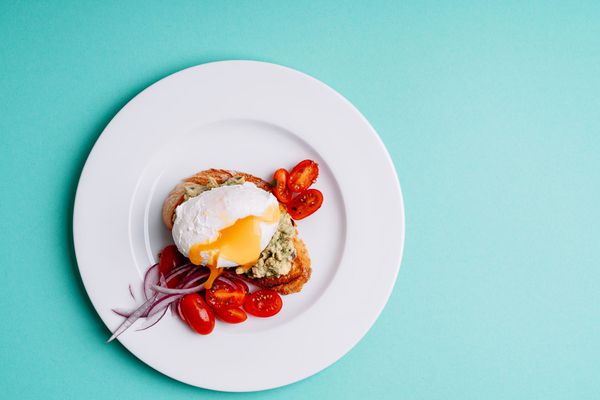 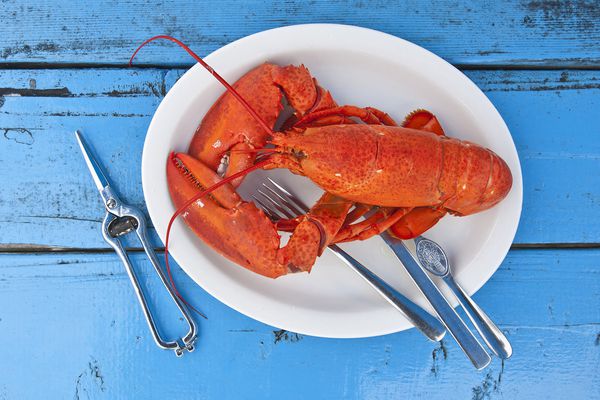 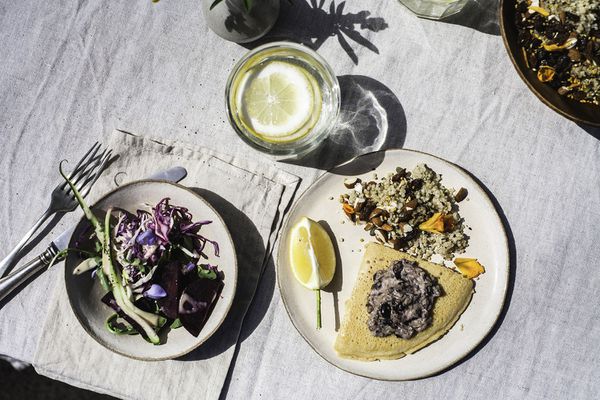 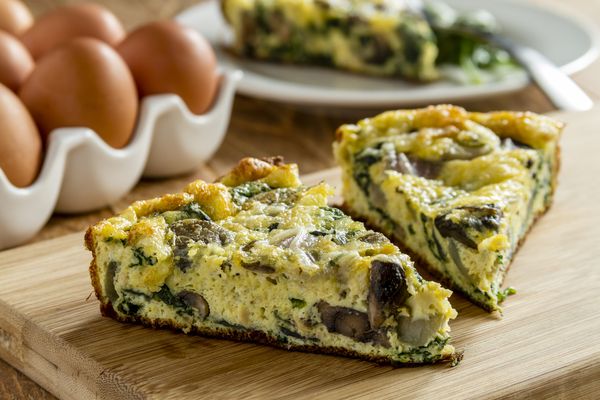 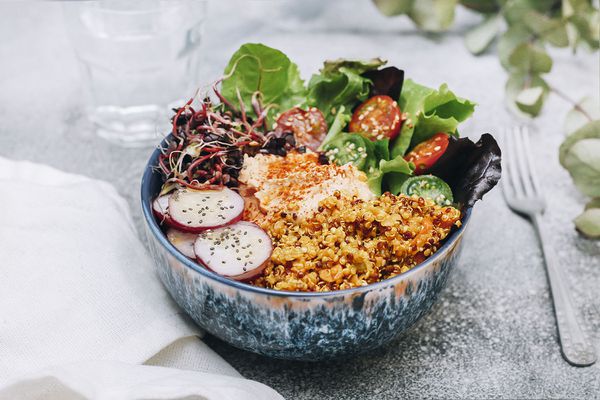 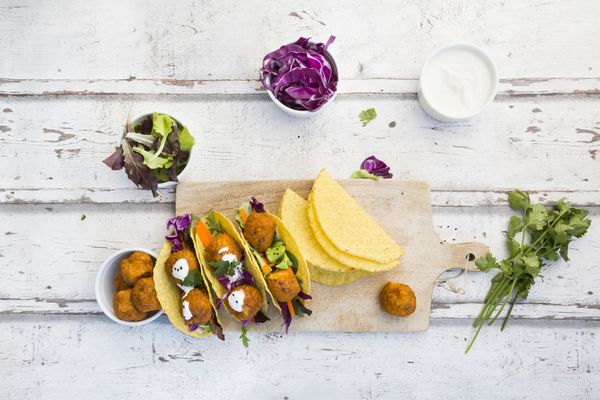 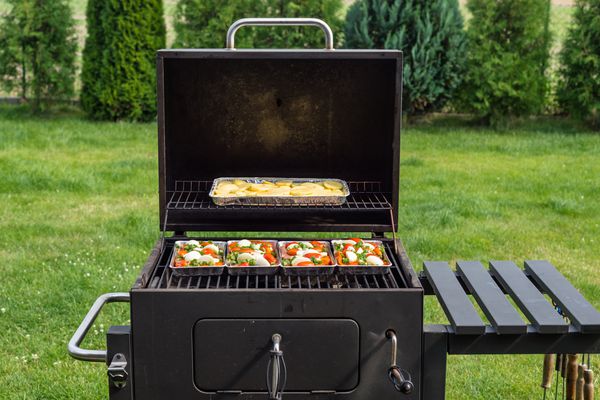 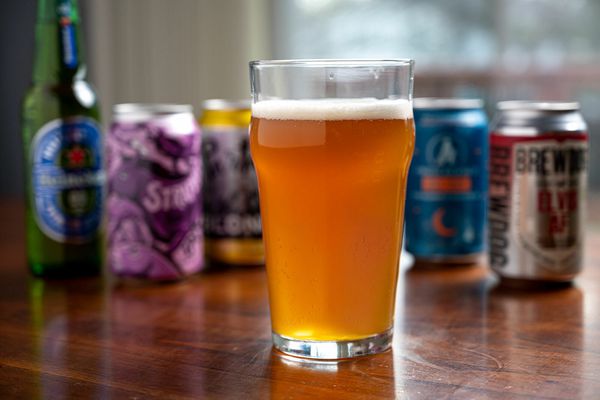 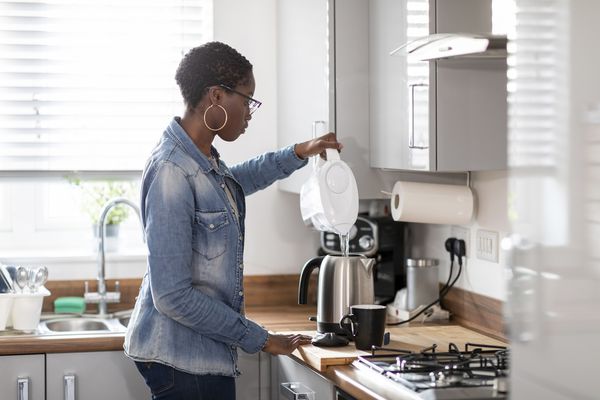