A classic bacon cheeseburger meets soup (That’s right! Soup!) in this creamy, comforting, hearty meal that will have you coming back for more.

In theory, fusion dishes like Cheeseburger Soup (components of a cheeseburger—ground beef, bacon, and cheese—made into a soup) shouldn’t work. But it does! The soup is cheesy, beefy, and completely soul-warming.

This soup has beef and cheese in it along with onions, celery, and potatoes. It can be on the dinner table in about 45 minutes—very doable on a weeknight.

How to Make Cheeseburger Soup

This is a soup that benefits from cooking the ingredients in the right order. While it isn’t difficult, you can’t just toss everything in a pot and hope for the best! To make this soup:

You can add many of the toppings you typically find on a burger in this soup. Here are some examples:

Jazz up the soup with some colorful toppings. I like to reserve some crispy bacon for garnish along with chopped scallions and extra cheddar cheese.

Store leftovers in the fridge up to four days. This soup will congeal when it chills. Reheat it in a pot over low heat with a splash of water. Do not microwave it—the dairy will break and the soup will get grainy.

While some people say you can’t freeze dairy-based soups, this one actually freezes okay. Freeze it in small batches so that you can reheat only what you will serve on the stovetop over low heat. That way you don’t need to reheat leftovers again and again.

Ground Beef in Soups are Yum! 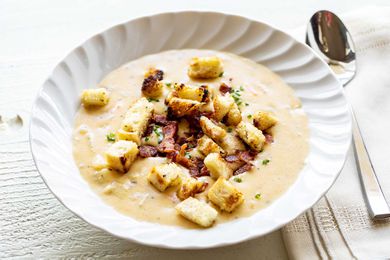 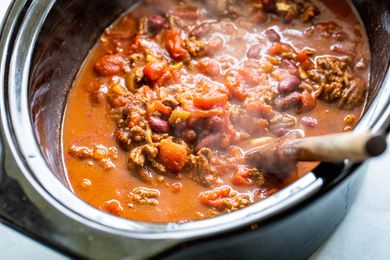 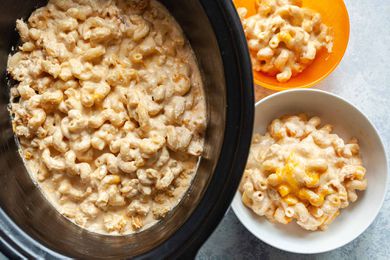 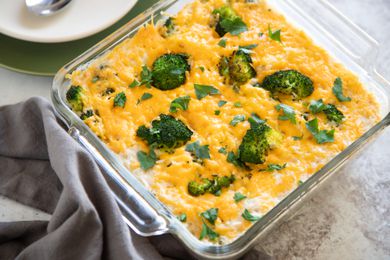 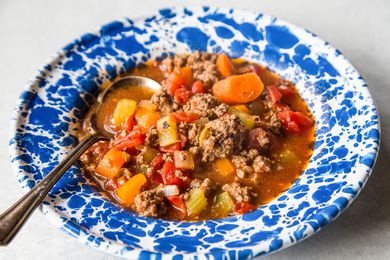 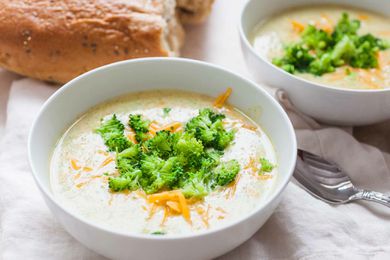