Born and raised in Louisiana, Eric learned his way around the kitchen from his grandmothers. He has since merged their cooking styles to create a new style of his own — one focused on creating simple recipes using clean, organic ingredients without compromising on flavor.

As a self-taught cook, Eric relies on his passion for developing and layering flavors to drive the recipes he creates. Eric now lives in Houston, Texas, with his wife and two children. During the day, he is an IT professional, and every second in between, he cooks. Eric runs the food blog Dude That Cookz, where he shares his passion with those who crave delicious, homestyle, and southern recipes.

His first cookbook, Healthier Southern Cooking, was released on March 15, 2022. Healthier Southern Cooking is perfect for the cook who wants to prepare southern classics in a healthier way. By making minor adjustments, the cookbook will demonstrate how easy it is to make lighter versions of the traditional meals you love, like Old Fashioned Chicken & Dumplings, Creamy Corn Chowder, and Sour Cream Pound Cake. 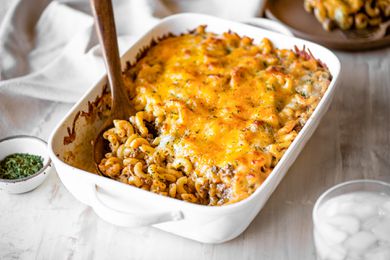