Haitian Epis is a traditional paste or seasoning and is the backbone for most savory dishes in Haitian and Creole cuisine!

So, what is this green sauce that we call a Haitian Epis? Haitian Epis is a traditional paste or seasoning that is the base for most savory dishes in Haitian cuisine. This Epis is the backbone of Creole and Haitian cooking.

Haitian cuisine, also known as Haitian Creole cuisine, originated during the colonial times where West African and French, Spanish and some Arabic people were brought together. Creole cuisine itself is composed of bold spicy flavors mainly influenced from the African people.

When we speak about the bold and spicy flavors that are a must in Creole cuisine, we are specifically referring to seasonings that marry well together and are used to bring out all the flavors in a dish to make them bold. Some of these ingredients include allspice, cayenne pepper, scotch bonnet peppers, bay leaves, mustard seeds, peppercorns, and nutmeg.

You can have more of a read about how the Creole cuisine here.

A Quick and Easy Marinade

Haitian Epis is a quick and easy marinade that can be made in advance. Prep time can be between 10-15 minutes depending on how big of a batch you’re making. Making a big batch over the weekend is ideal too, as the Epis can be used throughout the course of the week to use on meats, in soups, stews or as a cooked dip. You can also choose to make your Epis ahead of time and store it in the freezer.

The Ingredients for Haitian Epis

Haitian Epis is made from a blend of fresh herbs, onions, garlic, and peppers (both sweet and spicy peppers)—the exact ingredients and quantities will differ from person to person. This marinade is very similar to the traditional Caribbean green seasoning as well as Dominican sofrito.

Haitian Epis is traditionally made in a mortar and pestle—all the ingredients are crushed until they have formed a thick paste. However, today many opt for the fast and modernized route of placing the ingredients into a food processor and blending.

How to Use Haitian Epis

The sauce is used to marinade meats or used as a base in vegetable dishes. A couple spoonfuls of epis will always be required in traditional dishes like Poul Nan Sos (Haitian stew chicken), Griyo (also known as Griot, fried pork shoulder) and plant-based soups and stews like Sos Pwa Nwa (Haitian black bean soup).

Once cooked, Haitian Epis gives grilled and stewed dishes an added sweet but spicy flavor. The Epis is not only great for the grill season but can be incorporated in everyday weeknight cooking too. You can cook it down and use it as a side dip with roasted potatoes or plantains. Feel free to use it like a pesto, also, cooked down then added to some pasta and a choice of your protein.

Not all Haitian Epis recipes include leeks, however I find that adding a leek into my Epis recipe gives it additional sweetness that I personally like when using it to marinade grilled meats. You can use additional leeks in the recipe if you are having a hard time getting ahold of scallions.

Alternatively, if you have a low tolerance for chilis, you can use half the scotch bonnet peppers, which is what I used, or you can even use a quarter. Mild red or green chili peppers, a teaspoon of chili flakes or black peppercorns can be adapted to this recipe to make it a little more mild.

How to Store Haitian Epis

Haitian Epis can be stored in the fridge for up to 5 days, when storing it this way its best the Epis is kept in an airtight container. Feel free to store these in glass mason jars or plastic containers.

If you’re making a bigger batch and don't intend to use it all at once, this marinade can also be frozen and will last for up to 3 months. The best way to freeze this is to add 2 teaspoons in ice cube trays and that way you can take it out as you need without having to defrost a whole batch of Epis.

There is no salt in this epis recipe, so be sure to season the dishes you use this in accordingly. 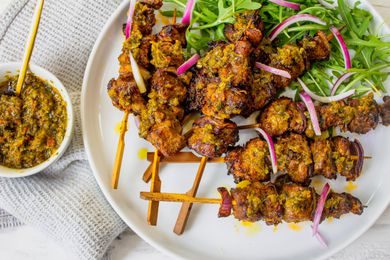 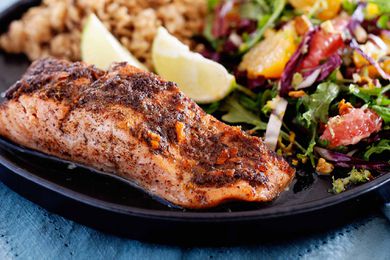