How To Make French Press Coffee

French press coffee is an easy method that yields a full-bodied cup of joe. Though it’s simple, there are a few tricks that are game changers, and we’re sharing them.

French press yields a bold, full-bodied cup of joe. My husband actually prefers a French press as his first (of many) cups of coffee throughout the day, as he feels the richness that you get from the French press is the ideal way to wake up.

French press also happens to be one of the easiest methods of making coffee, with minimal effort. Coffee grounds are immersed in water and sit there as the water extracts the flavor components. Then a mesh plunger is pushed down, trapping the grounds at the bottom, allowing you to pour the coffee out.

Unlike drip or pour over coffee, French press coffee is not a filtration method but rather an immersion method of making coffee.

Why Is It Called A French Press?

The coffee-making device known as the French press (or coffee press) in the United States is known as the cafetiére in England and France, and the coffee plunger in New Zealand, Australia and South Africa. The origins of the device itself, however, are as murky as the grounds at the bottom of the French press.

Both Italy and France lay claim to the original design, with an initial rudimentary design being patented as early as 1852 by the French team Mayer and Delforge. More than seven decades later, Italian designer Attilio Calimani was granted a US patent for a version similar to what we use today. But even more design revisions were made, and in the late 1950s, the Swiss entrepreneur Faliero Bondanini patented his own version and started manufacturing it in a French clarinet factory.

This model evolved into the Chambord, now made by Bodum. Probably the most well-known version of the French press, it can be found everywhere, from your grandparent’s house to the trendy coffee shop located in the hipster part of your town.

What Is The Best Type Of Grind For French Press?

Most French press brewing devices require a coarser ground, one that is similar to coarse sea salt. In comparison, filtered coffee has a grind that is closer to sugar or kosher salt. This is because the French press has the ground fully immersed in the water. After brewing, a mesh plunger is used to press the grounds down. A finer ground coffee would not only over-extract, leading to an overly bitter cup of coffee, but the finer grounds would also clog and potentially pass through the mesh filter, leaving gritty grounds in your coffee.

The Best Coffee Grinders for a Barista-Worthy Cup at Home
READ MORE:

Some French press coffee devices do use a finer mesh plunger, allowing for a finer grind. These tend to be more of an exception, though, so best to stick to a coarser grind unless your device specifies something different.

Though the classic Chambord design, sold by Bodum, is timeless, there is a wide range of French press options out there, ranging from small individual French press brew-and-go cups to larger presses suitable for a family.

The Chambord’s glass carafe lets you see the coffee as it  brews, which is always nice. But there are stainless steel and ceramic cast iron French press coffee makers that look great on your countertop. Sturdy stainless steel French press coffee makers are also available, perfect for camping, travel, or clumsy people who tend to break glass carafes. Double walled and vacuum sealed French press options are great for retaining heat and keeping your coffee warm once it’s been brewed.

There are even some fun novelty French press machines like the one my husband has that looks like R2-D2! Pick the French press that you like, that fits your lifestyle or aesthetic.

How To Make French Press Coffee

If you want to make more or less coffee, use a 1:15 ratio (by weight) of coffee grounds to water to find the right amount of coffee to brew. 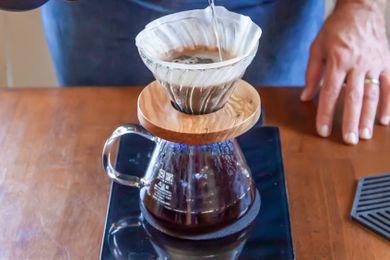 How to Make Pour Over Coffee
2 mins
Ratings 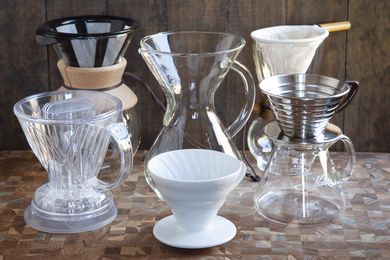 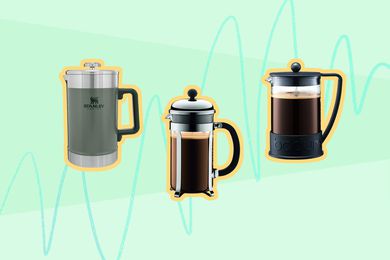 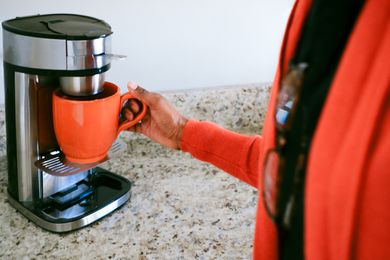 The Best Budget Coffee Makers for Your Daily Caffeine 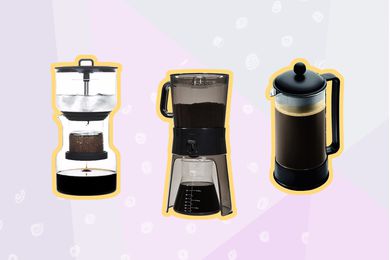 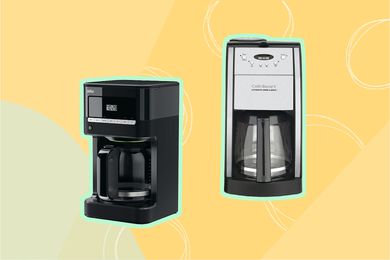 These Drip Coffee Makers Will Perk up Your Mornings 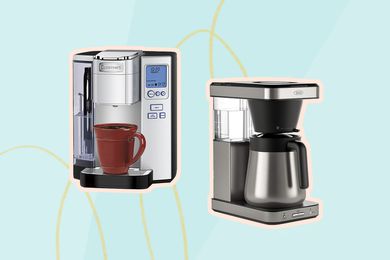 These Coffee Makers Are the Best Part About Waking Up 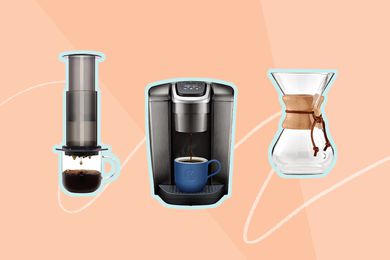 The Best Small Coffee Makers in 2023 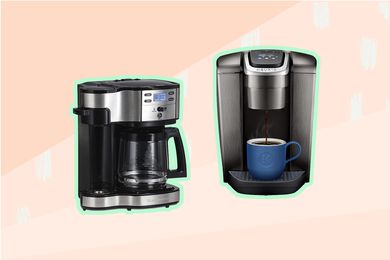 The 7 Best Single-Serve Coffee Makers in 2023 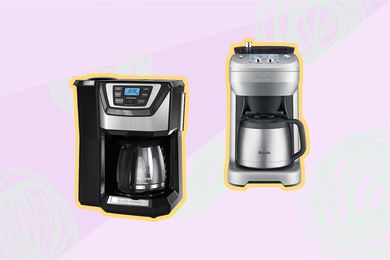 The Best Coffee Makers with Grinders in 2023 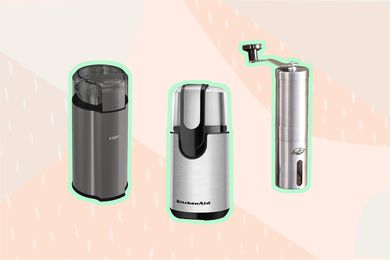 The Best Coffee Grinders for a Barista-Worthy Cup at Home 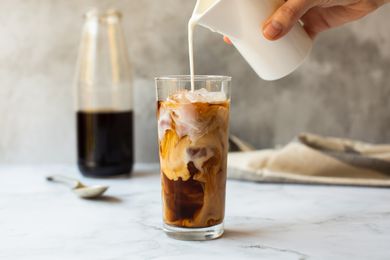 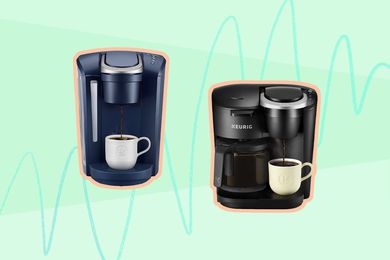 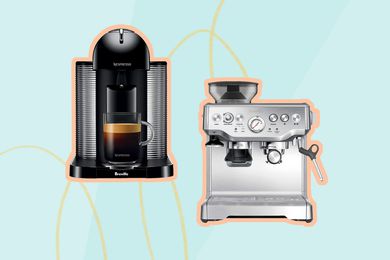 The Best Espresso Machines in 2023 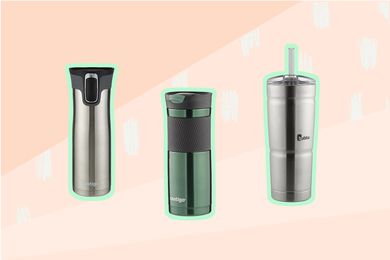 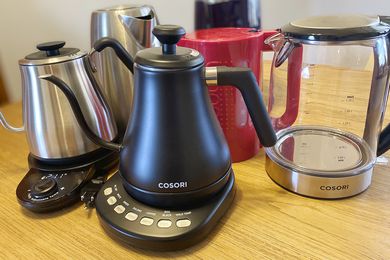 The Best Electric Kettles for Perfectly Hot Tea and Coffee