It’s hard to improve on the baked potato except for one factor: time. This microwave baked potato recipe takes a fraction of the time and is just as delicious.

Is there any better side to a hearty meal than a tender, fluffy baked potato with all the toppings? I think not. While making a baked potato is easy, it takes time. In fact, a potato can take over an hour to bake fully.

This microwave baked potato cuts way down on the cook time with nearly identical results (especially if you use my finish-in-the-oven hack below).

For a Better Baked Potato, Use the Microwave

There are two main reasons to use a microwave to make a baked potato:

How to Get Crispy Skin

If you cherish the crispy potato skin of a baked potato (I know I do), there’s a trick to achieving a crisp exterior on a microwave potato. Once your potato is done in the microwave, place it on a baking sheet. Rub it with some olive oil and sprinkle it on all sides with kosher salt. Bake it in a hot oven for about 10 minutes and it’ll crisp up beautifully.

This adds a few minutes to your total time, but it’s worth it for that crispy potato skin. No one will know you didn’t cook the potatoes in the oven from start to finish.

The Best Kind of Potatoes for Baked Potatoes

There’s no need to overthink it. Russet potatoes make the best baked potatoes. They are economical, a good size for stuffing with toppings like cheese and butter, and have a really fluffy, tender interior that works perfectly for baked potatoes.

Whether you’re using your microwave or the oven, use russet potatoes to make baked potatoes.

Don’t forget to poke holes in the potato before microwaving it so steam can easily escape. While I’ve never seen it, it is possible that the potato could explode in the microwave if you skip this step.

All microwaves are a little different and you’ll have to do some checking on your potato. If you know the wattage of your microwave, you can get a rough guideline of timing with this recipe. I have a 1,000-watt microwave (a pretty standard wattage), and my potatoes were perfect after 10 minutes, flipping once halfway through.

The potato size will also impact the cook time. The bigger and thicker the potato, the longer it will take to cook. Smaller potatoes will take less time. Old potatoes also take longer to cook, and may never get completely soft. Once you figure out a formula that works for your microwave, stick to it.

How to Microwave More Than One Potato

You can microwave up to four potatoes at a time if your microwave is big enough. Ensure the potatoes are laying flat on the plate with a little space between each one. Start by adding an extra minute to the cook time for each additional potato. If the potatoes aren’t quite done, return them to the microwave in 30-second to 1-minute increments until cooked through.

This leftover idea is one of my favorites and I’ve even started microwaving an extra potato so I can do this the next day. Store the leftover potato in the fridge. When it’s breakfast time, cube it up and cook it in a skillet with some olive oil, salt, pepper, and a pinch of paprika. It makes incredible breakfast potatoes! 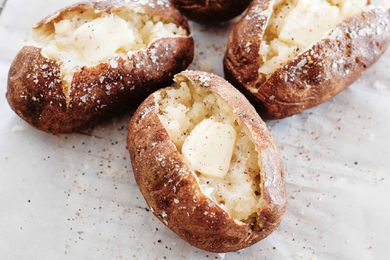 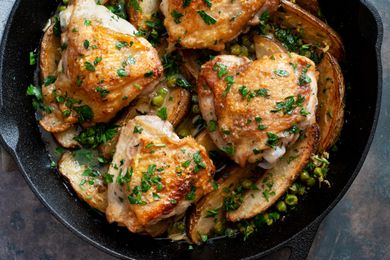 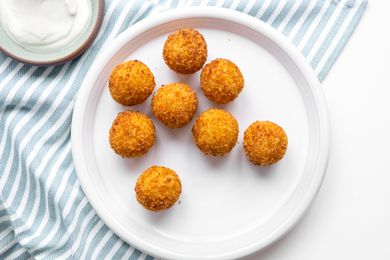 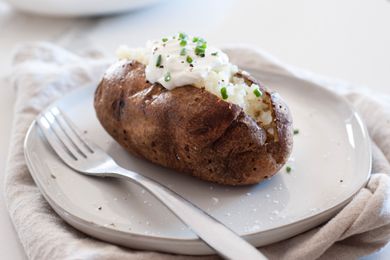 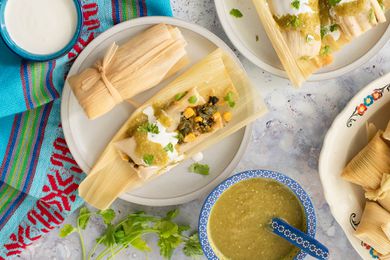 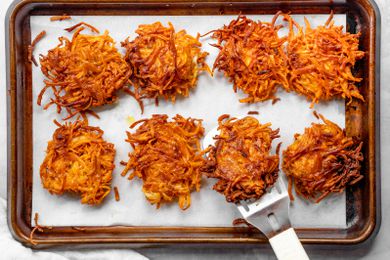 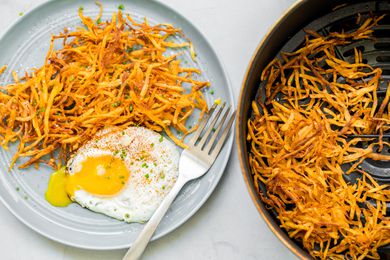 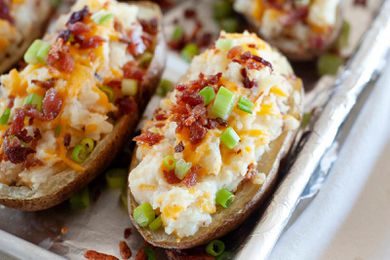 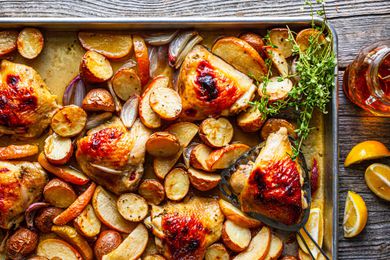 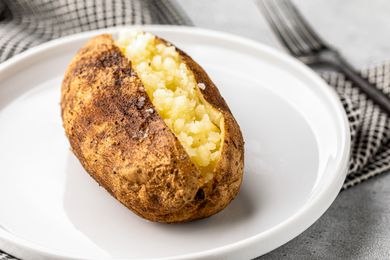 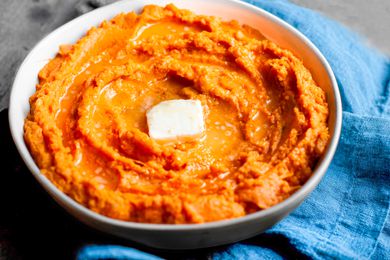 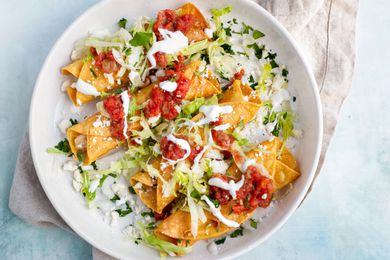 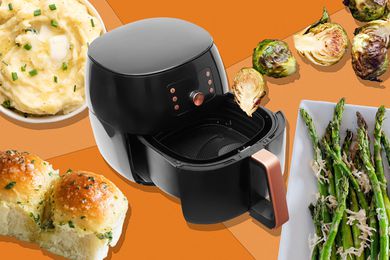