When Myo became a mom to three boys, her cooking shifted to the same meal prep-worthy and nourishing dishes that she grew up eating as a Korean-Paraguayan.

Favorite meal when you're cooking for yourself: "My go-to meal when eating alone: An avocado topped with a sunny-side up fried egg, sliced radishes, a generous drizzle of chili oil, and kimchi. Sometimes I’ll add a scoop of rice with a drop of sesame oil." 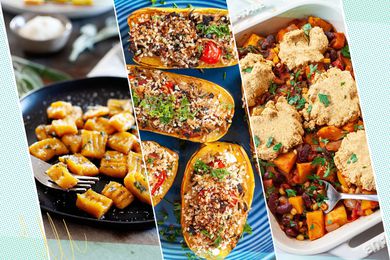