Even though Irvin Lin's Taiwanese American Thanksgiving table has evolved since he was a kid, his mom's napa cabbage with dried shrimp will always be an essential side dish.

United States holidays are ingrained in nearly all Americans as part of our culture and upbringing. But for my parents, immigrants from Taiwan, it was an adjustment. Holidays that centered around food especially were a shift for them. My mom always had a homemade meal on the table, but it was often a hodgepodge of American dishes and Chinese dishes, or Chinese-adapted dishes, using whatever ingredients she could find at our local grocery store. Thanksgiving was no different.

My parents moved to the United States from Taiwan back in the 1960s. My mom escaped her small conservative town in Asia by graduating top of class in high school, going to the best university in Taiwan, and then attending grad school in the United States in upstate New York. This is where she met my father. It was a radical shift for both of them—going from a small tropical island that most American folks had never heard of—to the cold East Coast of the United States. My father, a career academic, moved them around to a few college towns until they landed in St. Louis, Missouri, a medium-sized metropolitan city located at the intersection of the Midwest and the South.

Growing up, our Thanksgiving table was filled with what almost every Midwest family had in the 1980s. There was the traditional Thanksgiving turkey—usually the local grocery store brand as my parents were feeding three hungry kids on a college professor salary, though occasionally there was a splurge with a Butterball. We ate boxed mashed potatoes—my mom shaking the potato flakes into the hot water until they thickened to her satisfaction. It wasn’t until college that I even learned you could make mashed potatoes from real potatoes. There was Stove Top stuffing, a classic Midwest product that always makes me feel nostalgic.  And Thanksgiving wasn’t complete without jellied cranberry sauce, which we served directly from the can, sliced in a dish so you could still see the ridges. Even though my mom was the only one that ate the dish, it never failed to make an appearance.

There were also Chinese dishes interspersed throughout the table, things that my white friends probably wouldn’t recognize. A white Corningware casserole dish always held a pile of sticky glutinous rice that had been stir-fried with strips of carrots and bamboo shoots. A large bowl of corn and egg drop soup started the meal. And then there was the napa cabbage with dried shrimp piled high, glistening in the evening light.

At the time, St. Louis was not the sort of place where you could find a lot of Asian produce. You had to drive to a certain part of town to find the Chinese and Asian grocery stores, and even then the selection wasn’t the best. Naturalized folks like my mom bought the closest thing that they could find to what they had in their native lands. It was always a bit of find, replace, and adjust. But they made it work. As the Hamilton lyric goes, “Immigrants. They get the job done.”

Luckily, napa cabbage wasn’t something that often needed to be replaced. It was fairly easy to find, even at our big chain grocery stores in the 1980s. And if my mom couldn’t find it, it could easily be replaced with regular green cabbage. When I was growing up she always had a giant head of it in the fridge.

"There were also Chinese dishes interspersed throughout the table, things that my white friends probably wouldn’t recognize."


Stir fried napa cabbage with dried shrimp isn’t the sexiest dish in the world, but it is true comfort food for Chinese and Taiwanese folks. It’s something you can get nearly everywhere in Taiwan, and something you can easily make at home. The dish appeared sporadically throughout my years at home, but it always showed up on the Thanksgiving table—mostly because my mom was fearful that there weren’t enough vegetables and greens on the table to balance out the rich, heavy food.

Although I don’t make napa cabbage with shrimp for myself very often, when I do, it reminds me of my childhood. The briny scent of the ocean wafts up when I rehydrate the dried shrimp, and it makes me think of my mom. I often wonder, does it remind my mom of her childhood growing up on a tropical island halfway around the world? Chopping a giant head of napa cabbage makes me remember how I thought my mom was some wizard at the stove, somehow fitting all those vegetables in the wok that she had, marveling at how it magically reduces down in size. Making the cornstarch slurry in cold water—always cold water—was how she taught me to thicken the sauce for the cabbage. And finally, to finish the dish, there was the dusting of salt using her tiny ceramic spoon she bought during a trip to Europe. Every time I salt my food my mom’s voice is in the back of my head, telling me a little salt goes a long way, but if the food tastes flat add more.

"The briny scent of the ocean wafts up when I rehydrate the dried shrimp, and it makes me think of my mom."

Stir-fried napa cabbage may not be the first thing most folks think of when it comes to American Thanksgiving, but it's a welcome addition. Even as my Thanksgiving has evolved, with a brined roast turkey, homemade stuffing, and creamy mashed potatoes made from scratch, I still think about adding more vegetables to the table because of my mom. Every year I play around with different vegetables like slow-braised rosemary carrots, roasted Brussels sprouts, or creamed kale nestled between the turkey and potatoes. But one thing you’re sure to find is the napa cabbage.

What is Napa Cabbage?

Napa cabbage, otherwise known as Chinese cabbage, is a mild tasting cabbage that is frequently used in Asian dumpling fillings. It is a large oblong cabbage, often as big as a football. Don’t be scared by the huge size—napa cabbage sheds a lot of liquid when cooked and it shrinks down considerably.

What is Dried Shrimp?

Dried shrimp is exactly what it sounds like: small shrimp that have been dehydrated. Dried shrimp gives this Chinese dish a punch of salty umami flavor. You can find dried shrimp at  Asian grocery stores in the frozen or refrigerated section. Look for small-sized dried shrimp, about a 1/4-inch in size. If you use medium or large dried shrimp, hydrate the shrimp with more water (1 cup for medium-sized shrimp, 1 1/4 cup for large) and for a longer time (45 to 60 minutes), then coarsely chop it up into smaller 1/4-inch chunks.

Can I Make This Dish Ahead?

This dish is best made and eaten the day it is made. You can, however, store leftovers for up to two days in the fridge in an airtight container and reheat on the stove or in the microwave.

Dried shrimp gives this Chinese dish a punch of salty umami flavor. You can find it at an Asian grocery store in the frozen or refrigerated section. Look for small-sized dried shrimp, about a 1/4-inch in size. If you use medium or large dried shrimp, hydrate the shrimp with more water (1 cup for medium-sized shrimp, 1 1/4 cup for large) and for longer time (45 to 60 minutes), then chop it up into smaller 1/4-inch chunks. To make this recipe vegetarian, omit the dried shrimp and use four or five dried shiitake mushrooms, rehydrated, and sliced thin. 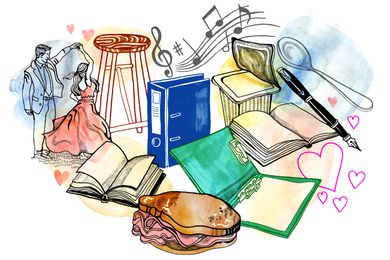 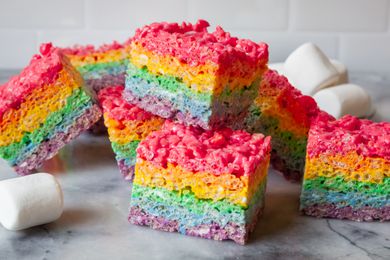 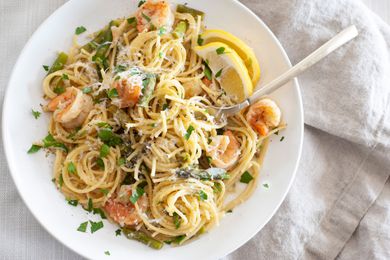 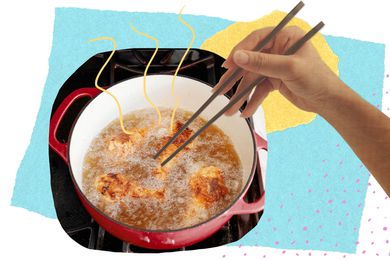 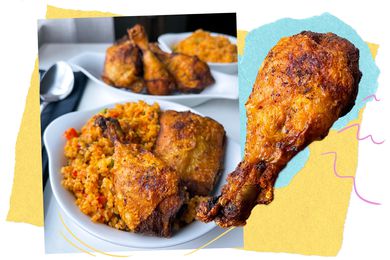