Steering clear of alcohol? Treat yourself to this refreshing non-alcoholic Mexican Mule, made with alcohol-free tequila, ginger beer, lime juice, and agave nectar!

This Non-Alcoholic Mexican Mule is a spicy twist on the classic, which itself is a twist on the famous Moscow Mule. Made with a memorable tequila alternative, vibrant ginger beer, lime juice, and agave nectar, it's a perfect, spicy, big citrus cocktail for a hot summer afternoon.

The Best NA Tequila for This Recipe

For this Mexican Mule I turned to Ritual’s Tequila Alternative. It’s ideal for its kick, which effectively recalls the other qualities of great tequila drinks. The kick at the end is reminiscent of the liqueur Ancho Reyes, which is always a great pair with tequila and also segues nicely into the sweet spice of the ginger beer.

Ritual’s prices do make them lower-risk entry points for NA spirits, and very much worth trying.

Seedlip’s Spice 94 would also work with this drink. It has notes of grapefruit and lemon, but also cardamom and allspice. A somewhat fascinating non-alcoholic beverage that involves Mycelium, Seedlip isn’t even trying to be a 1-for-1 substitution for any base spirit, but works as a foundation for a great number of unique and effective drinks.

The Best Ginger Beer for This Mocktail

For your ginger beer, you’ll want something with at least some “bite,” and not too much sweetness. Generally, that might mean a ginger beer rather than a ginger ale, though either might take this in interesting directions, with varying degrees of citrus, spice, and sweetness.

Fever Tree Ginger Beer is a good place to start, a combination of three types of ginger that comes in perfectly sized bottles for mixing. Bundaberg is also a common choice, if slightly sweeter.

What is Agave Nectar?

Agave nectar (or syrup) is a sweetener produced from several species of agave plant. Native to Mexico and Latin America, the agave plant is the key ingredient in tequila and mezcal spirits, which typically makes the syrup a natural pairing for Mexican Mules.

Less dense and more neutral in taste than honey, agave as a syrup provides just enough richness to help join these various NA ingredients and balance the spice and the citrus. Relatively new to many grocery shelves in America 10 years ago, now it can probably be found in most stores, either with other sweeteners (like honey) or even in a baking aisle.

If you’re not into the flavor of tequila, try these swaps! 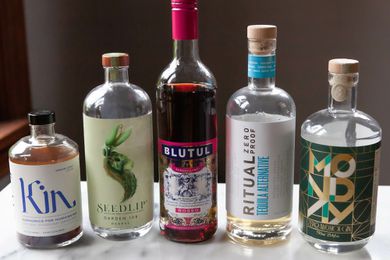 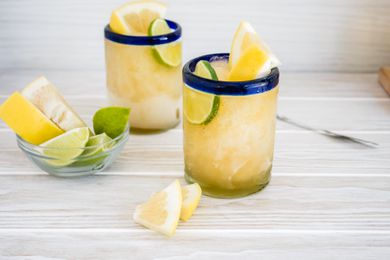 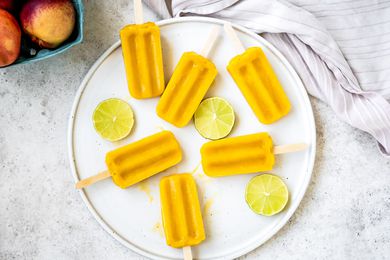 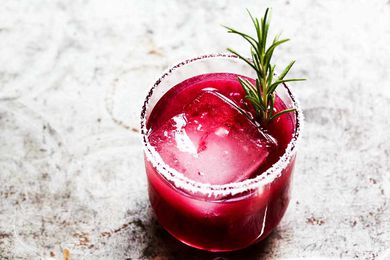 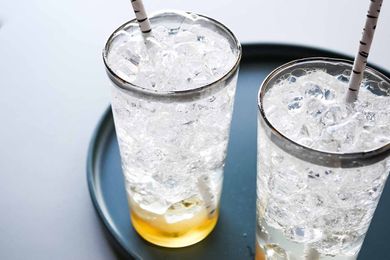