Recaito is a cooking base found in most savory Puerto Rican dishes. This green flavor bomb has an herbaceous, aromatic flavor courtesy of recao (also called culantro), onions, and garlic mellowed out by the flavor of sweet peppers called aji dulce.

A Recaito Recipe Passed Down Through Generations

Recaito recipes are unique to each family, but the main ingredient, its namesake, recao, is always present as long as you can find it. This basic recipe is a mix of my mother's and my husband's grandmother's recipes, and it's one that I've passed down to friends and family.

Most Puerto Ricans of the diaspora pine for the days when you could go outside and pick a few leaves of recao off the bush. Now we squeal as if we hit the gold mine when we find a store that sells it. This recaito recipe will help you stretch the herb so you can have it on hand to add to all of your favorite savory dishes. For me, recaito is a must when I make pastelón, picadillo, or roast pork shoulder.

What’s the Origin of Recaito? Is It the Same or Different than Sofrito?

I know you have some burning questions: What’s the origin of recaito? Is it the same or different than sofrito? Here are all the things you need to know.

We are passionate about our recipes, and rightly so, but to get to the bottom of recaito, you have to get past the back-and-forth over what everyone thinks it should be called. Recaito and sofrito have become interchangeable when describing this all-purpose cooking base.

Recaito translates to "small recao," recao being one of the names we call the herb culantro. The "small" being the recao minced down into a smooth-ish paste.

If you've ever shopped for recaito and sofrito in the stores, you'll see that the former is green and the latter is red. In Spanish, sofrito is the verb meaning "sauté." Usually, the recaito is sauteed with tomatoes to create a cooking base for other recipes. The addition of the tomato in the sofrito causes the color change.

The confusing part to people who didn't learn about specific food names is that sofrito and recaito were always the same: green maybe with flecks of yellow and red from the sweet peppers. The main difference here is a matter of opinion (and the tomato) and whether or not you're a stickler for semantics.

For simplicity and sanity's sake, just know that in Puerto Rico especially, hardly anyone differentiates the two based on grammar. So, for us, recaito is interchangeable with sofrito.

Recaito tastes like a warm cilantro salsa would taste. Not warm temperature-wise, but hugging your soul warm. Recao has a muted cilantro flavor, and when it's blended with the pungent onion and garlic, it takes on a heavily aromatic, astringent flavor. The aji dulce (sweet pepper) balances the sharp flavors and adds a hint of sweetness. Not much, but enough to mellow out the cooking base.

The most important ingredient in recaito is the recao itself. Besides that, the ajies dulce and green bell pepper (or Cubanelle) add the balance to cut through all of the assertive flavors from the onion and garlic. Finally, dried oregano leaves and a small amount of cilantro are added to the mixture to bring in a bit of warmth and brightness.

Recao has a flavor that tastes like a cross between cumin and cilantro. In fact, those who think cilantro tastes like soap may find this herb more palatable. Many countries in and surrounding the Caribbean use recao in their cooking. Each has its own name for the herb: recao, shadow beni, or culantro are the most common.

Asian countries like Vietnam and Laos also use recao, so if you're unable to find it in a Hispanic or Caribbean market, look for it in Asian grocery stores under the name ngò gai or sawtooth coriander.

There's no "season" for recao. Much like cilantro, it is available year-round if you can find it. It's a weed that grows almost invasively in Puerto Rico, Florida, Hawaii, and other parts of the country with tropical climates. You can try to grow it at home from seeds, too. I haven't had much success, but I'm giving it another go soon.

Substitutes for Recao if You Have Trouble Finding It

Times when I couldn't find recao, I made this recipe using three bunches of cilantro and one bunch of Italian flat-leaf parsley. The parsley muted the cilantro and closely mimicked the recao. You can also replace the recao in this recipe with cilantro alone. The flavor won't be spot on. It will be more astringent and acidic, but it works when you have no other option.

Aji dulce is a small, sweet pepper that is used to add a mild citrus and sweetness to the recaito. You can find them in the produce section of your grocery, near the bell peppers, if you live in a city with a large Hispanic population. If not, your best bet for finding them is to head to your nearest Latin American or Caribbean market.

If you can't find aji dulce, use the same amount of sweet snacking peppers (the same peppers you'd serve with hummus or dip) instead.

Some people replace the green bell pepper in this recipe with mild Cubanelle or banana pepper. Recaito isn't spicy unless you want it to be, so avoid hot peppers.

How to Use Recaito

When used as a cooking base, recaito is sauteed in a small amount of hot oil to release its fragrance. It's the foundation of many Puerto Rican stews, beans, and rice dishes.

When used in a marinade, recaito is added raw to other spices, then rubbed onto whatever meat or poultry is lucky enough to have it.

I add recaito to my homemade hot sauce, dehydrate it in spice blends, and stir it into my potato salads for a unique flavor twist.

Tips and Tricks for Making Recaito

Here are some of the tips and tricks I’ve picked up over the years for making recaito:

Recaito is best when stored frozen in ice cube trays. You can make a large batch of this recipe and spoon it evenly into an ice cube tray. Freeze the recaito until solid, then pop the cubes of recaito out and into a freezer storage container. Most ice cube trays hold 1 tablespoon of recaito, which is the perfect amount for flavoring a can of beans or a pot of rice. Recaito can be kept frozen for up to six months.

If you think you can use the recaito within a week, store it in a mason jar in the refrigerator instead of freezing it. Though it is safe to use for up to 14 days in the fridge, the flavor becomes muddier the longer it sits in the fridge.

If you can’t find recao, you can make this recipe using three bunches of cilantro and one bunch of Italian flat-leaf parsley. You can also replace the recao in this recipe with cilantro alone. The flavor won't be spot on. It will be more astringent and acidic, but it works when you have no other option. 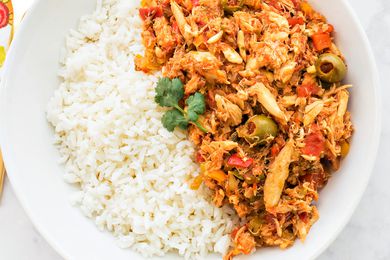 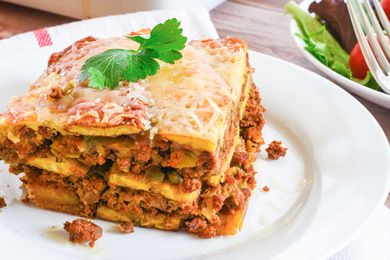