Got Ground Chicken or Turkey? Here Are 9 Recipes to Use It!
FEATURED IN:

I basically lived on baked samosas for more than a year during my college days.

It was my first time away from home, with no decent place even to make instant noodles, let alone cook a meal. Luckily, a street food vendor right outside our college sold baked samosas for just a few rupees.

Spicy potato, cheese, or chicken filling inside a light and flaky pastry pocket, served with a ton of ketchup. It was delicious, filling, and most importantly, dirt cheap! It was my breakfast, lunch, and dinner. If I didn’t have to feed a family now, I would still eat them every day!

How to Make Homemade Chicken Samosas

The Baked Chicken Samosas recipe I am sharing here is a play on that baked samosa from my “golden days.”

To make them, Keema, just a Hindi name for ground meat (which in this case is chicken), is cooked with a homemade tikka masala spice mix. This filling is then wrapped in phyllo sheets and baked to crispy perfection in triangular pockets.

To make it even better, I’ve included a sumac and mint dipping sauce. No ketchup this time!

What Is a Samosa?

Samosa is a hugely popular street food in India. In the northern parts of India, you can find samosa vendors on pretty much every street corner!

In a nutshell, samosas are made of two components—a filling (mostly savory and spicy) and a pastry cover made with wheat flour similar to pie crust.

Samosas are triangular in shape, filled and sealed much like a dumpling. They are then typically shallow fried in oil until the shell is golden and crispy.

Can You Bake Samosas?

Alternatively, another form of samosas popular in “modern India” today are made with pastry sheets and baked. Using pre-made phyllo sheets makes this recipe pretty quick, and once you get the technique down, you can use different varieties of fillings, from a traditional potato filling to cheese, paneer, or chicken.

How to Fold a Samosa

When working with phyllo, you want to make sure it doesn’t dry out, or it will crumble—but you don’t want it wet either or it will glue together. Drape a slightly damp, completely wrung-out cloth over your stack of phyllo, and work with one or two sheets at time.

To fold a samosa using phyllo sheets, first brush the sheet gently with the butter and oil mixture. Fold the sheet in half lengthwise. Place a scoop of filling on one corner of the phyllo sheet. Fold the corner with filling to make a triangle. Lift the loose side up, and place it over the wider side of the triangle and continue until all the phyllo is used up.

What Is the Best Sauce for Samosas?

Samosas are typically served with a dip. The purpose of the dip is mostly to cool the heat of the samosa down.

The dip used for this recipe is made of yogurt, fresh mint leaves, a little black pepper, and a Middle Eastern spice called sumac.

The yogurt balances the hot and spicy flavor of the samosa and gives it a cooling effect. Sumac gives a nice sour kick to the dip, and mint’s herbal aroma and flavor make it refreshing.

Can You Make Samosas in Advance?

To save time on the day you want to serve and enjoy the samosas (this is extra helpful if you’re making them for a party), you can make the filling and the dip two days in advance.

While you can make the filling in advance, I recommend baking the samosas soon after they are filled and eating them right away. The phyllo sheets can get soggy if left for too long at room temperature.

How to Store and Freeze Samosas

Alternatively, you can freeze the samosas.

To freeze, fill and wrap the samosas. Place the unbaked samosas in a single layer on a baking sheet lined with parchment paper. Cover with plastic wrap and place the sheet in the freezer for approximately one hour until the samosas are frozen.

Once frozen, transfer the samosas to a zip-top bag or storage container, and layer them between sheets of parchment. Return them to the freezer. Samosas keep in the freezer for four to six weeks.

When ready to bake, do not thaw. Take the samosas straight from the freezer to the oven. Just give them an extra three to five minutes in the oven. Samosas are ready to serve when the outer cover is golden brown.

I used dried mango powder in the tikka masala spice mix and sumac in the dip. The mango powder provides a sour note and brightens the other flavors, similar to how lime or lemon juice is used without adding extra liquid. Sumac has a tart and nutty flavor. You can leave both out, but it’s worth the effort to visit an Indian grocery store or spice shop, or you can find it on Amazon.

You could also add dried lemon zest to the spice mix and a squeeze of lemon juice to the dip to try and mimic the effect. 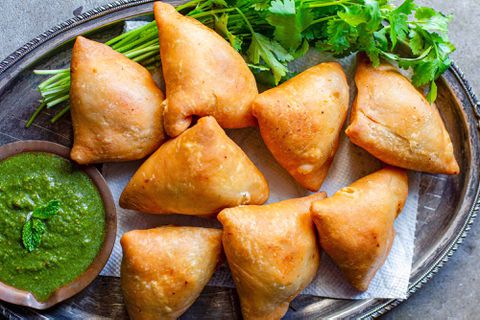 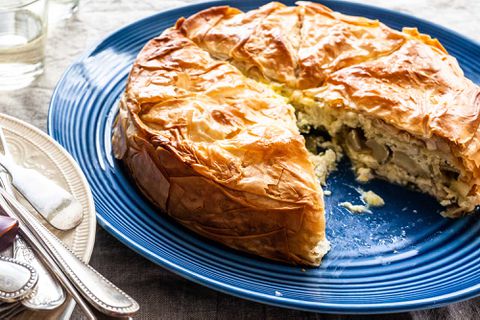 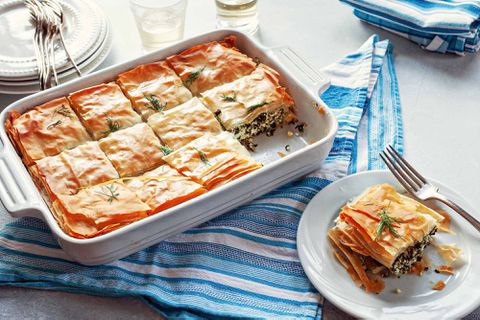 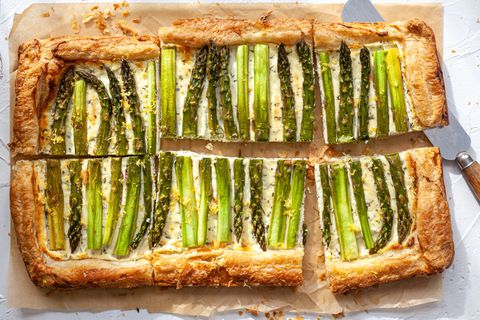 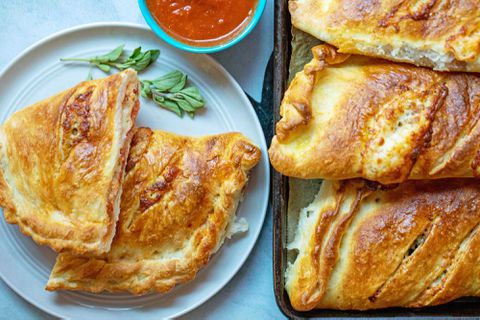 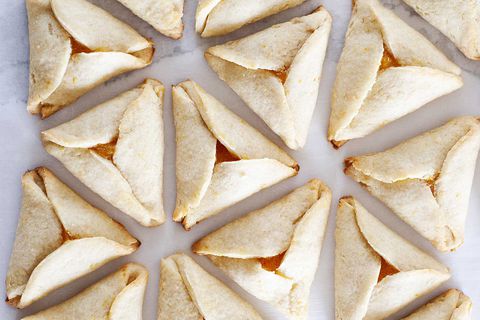 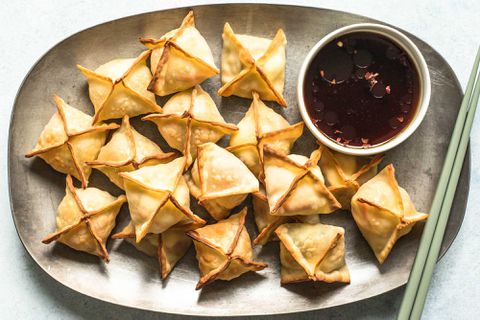 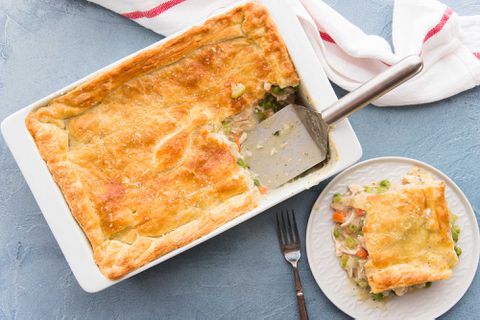 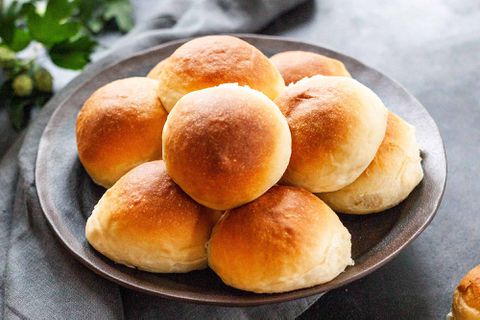 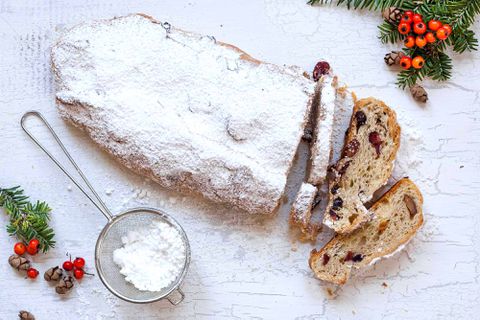 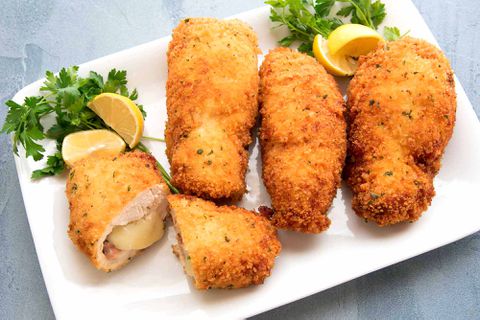 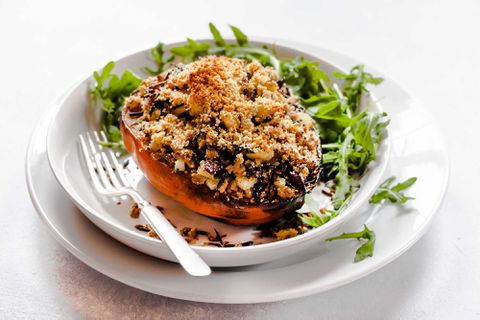 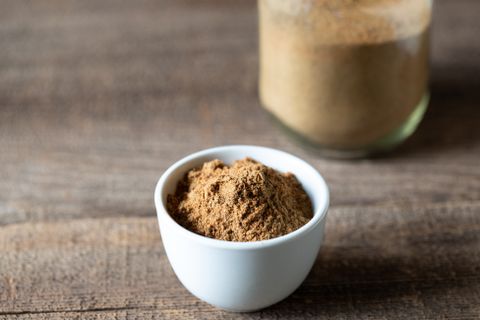 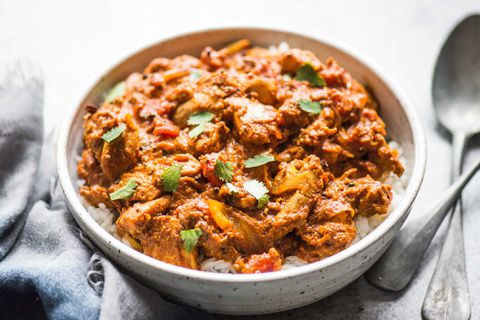 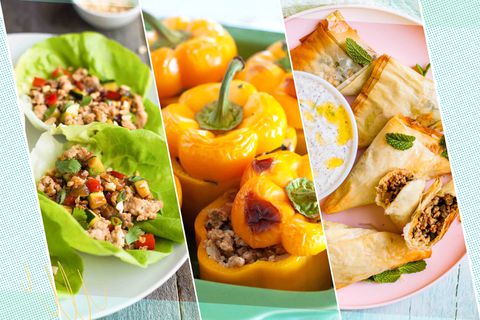 Got Ground Chicken or Turkey? Here Are 9 Recipes to Use It! 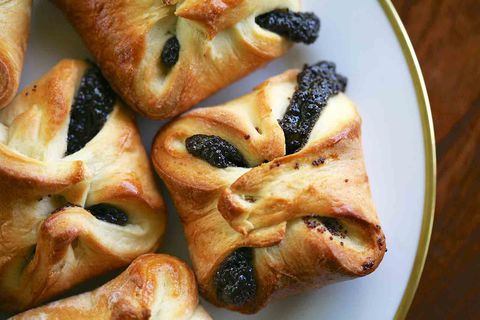