Once upon a time, I ran a vegetarian restaurant in a college town, and one of its signature dishes was the “Big Veg.” The Big Veg was a scratch-made soy veggie burger.

As such, it was pretty good for its time, but it needed some serious updating. These days, I want something better than “pretty good.”

I get tired of beef burgers and sometimes want to incorporate more plant-based meals into my diet. For these reasons, I love the idea of a vegetarian alternative to the standard beef burgers of summer.

I turned to black beans as the base. I was tempted to veer toward Southwestern/Mexican spices since they're such a good pairing with black beans, but ultimately decided against that obvious flavor profile so that the condiments could shine.

No, this is not like a beef burger, but yes, this is a winner in the vegetarian category: it’s full of vegetable flavor, it is filling, and it is not painstakingly time-consuming to make.

Your Food Processor Is Your Secret Weapon

Compared to hamburgers, which you can buy already formed into patties, these veggie burgers take a little more time. But by the time you pull all the ingredients together, you are only looking at about 15 minutes of total prep with the aid of a food processor.

First, pulse the vegetables to break them down a bit then throw them in a skillet to cook. While they are cooking, make soft breadcrumbs (no need to bother with cleaning the processor).

Finally, chop the beans in the processor, and stir them, the veggies, and the breadcrumbs all together with a beaten egg. Cover the mixture and refrigerate for at least an hour, then form into patties and cook!

Cook the Veggies for Best Texture and Flavor

Do you have an extra five minutes? They will be well spent if you cook the vegetables and dry the beans with a paper towel. This step ensures the burgers won’t be mushy because some of the water will be released from the veggies, plus the flavors of vegetables mellow from cooking.

Poblano peppers add some earthy spice to these burgers, and soften pleasingly when cooked first. In general, they are mild, but every once in a while a rogue hot one pops up, so be sure to taste the pepper before you add it, and cut back if it is too spicy for your taste. If you can’t find them, substitute Anaheim peppers or just plain old green bell peppers.

Onions and garlic lose their raw and sometimes jarring flavor and become sweetened by cooking. In addition, zucchini adds a creamy texture, but it can make your burgers soggy if it’s not cooked before adding it to the burger mix.

Make-Ahead Tips for Veggie Burgers When You Want Them

This recipe makes four large, filling burgers, suitable for hungry folks. One of these with all the add-ons and a bun makes a substantial meal all by itself. If you want smaller burgers, say for lunch, you will end up with four to six burgers, depending on the size you want.

Once shaped, the patties will keep in the fridge for a day or two—stack them between layers of parchment and wrap them in plastic.

You could also freeze them: Spread them on a parchment-lined baking sheet and freeze, then stack them with parchment squares in between and enclose in a plastic freezer bag. Let them sit out at room temperature to partially (25 to 30 minutes) defrost before cooking.

Finally, the cooked patties do well reheated—brown them in a skillet, refrigerate them, and reheat them later in the oven with the cheese on top. It’s a handy way to make them ahead if you are having friends over.

I prefer to make these in a skillet, but they could be grilled if handled carefully -- they are more fragile than a meat burger. I’d recommend chilling the burgers in the fridge for about an hour before grilling.

In either case you need plenty of oil (in the pan or on the grill grates) and medium heat. The burgers need time to heat all the way through and if the heat is too hot, they will brown on the outside but stay cool in the middle.

Want to make homemade black beans? Cook them from scratch on the stovetop or in a pressure cooker.

The spicy mayonnaise I’ve created for these burgers is mildly hot with a sharp punch of lime. If you like more spice, add more chili powder, or substitute finely chopped chipotle chilies in adobo to taste.

With flavorful beany burgers, and onions, tomato and avocado as toppings, you already have a feast—but the spiced mayonnaise makes them sing. 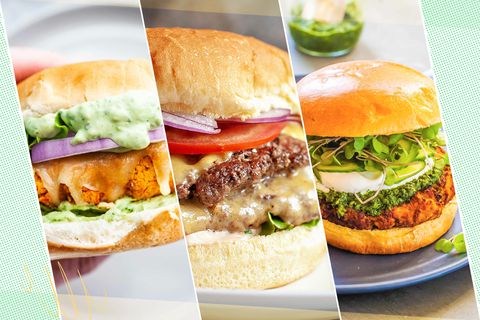 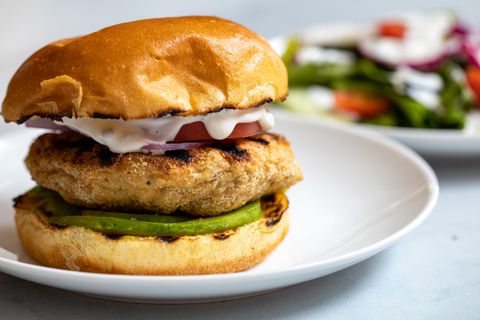 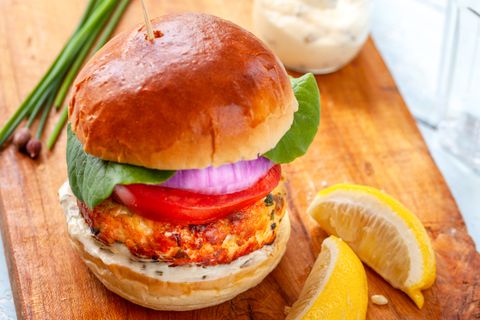 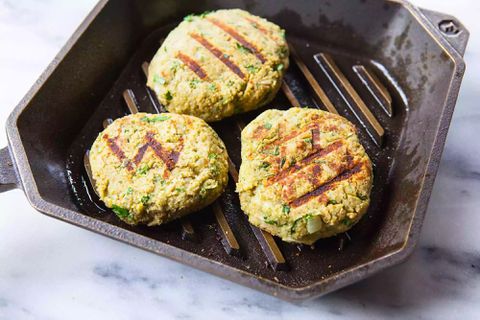 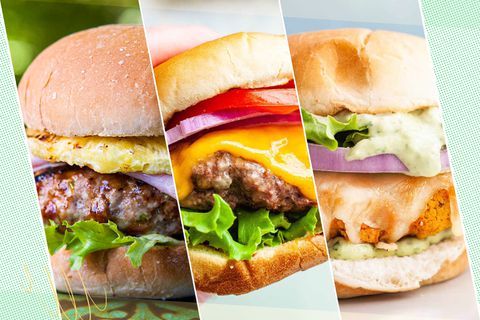 9 Grilled Burgers for the Fourth of July 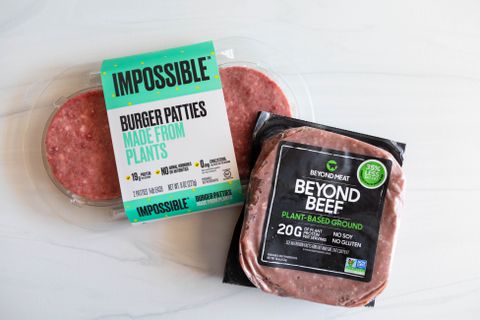 Everything You Should Know About Impossible and Beyond Beef Burgers 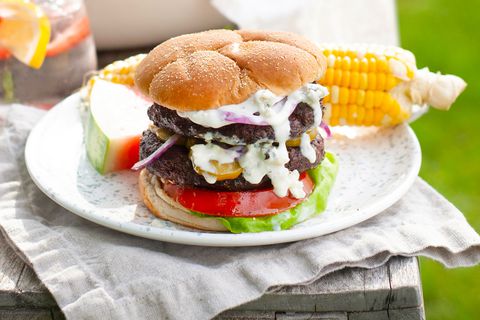 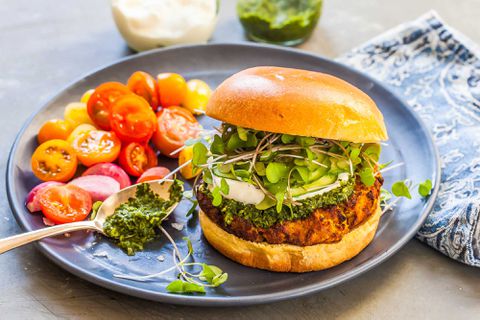 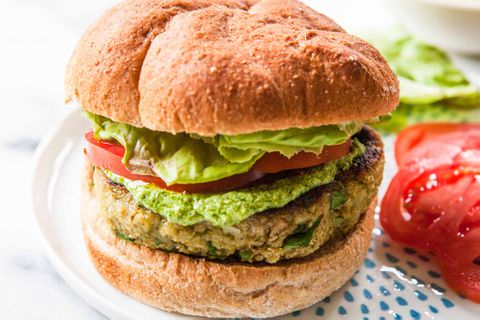 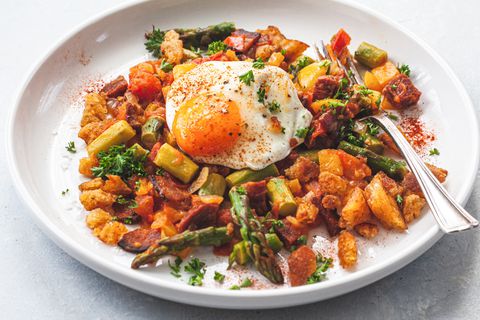 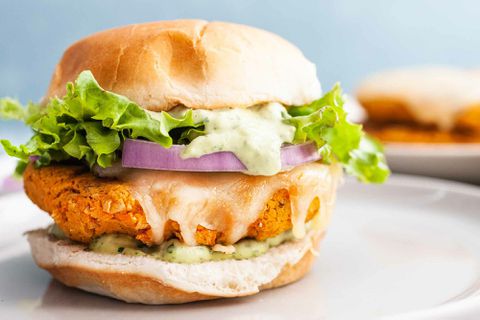 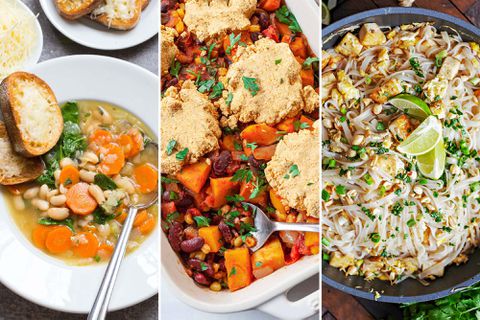 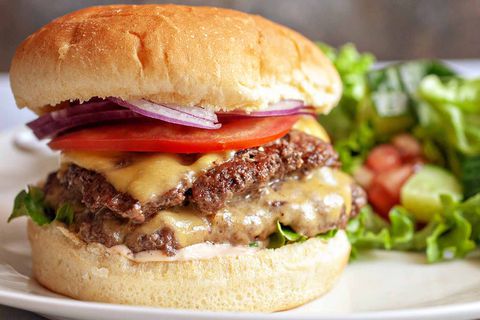 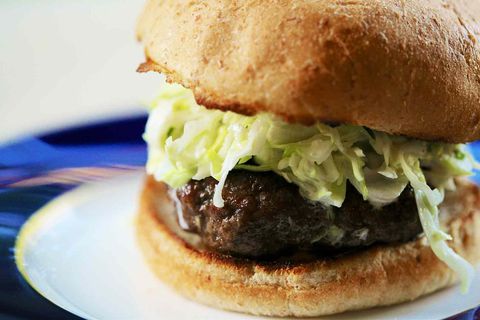 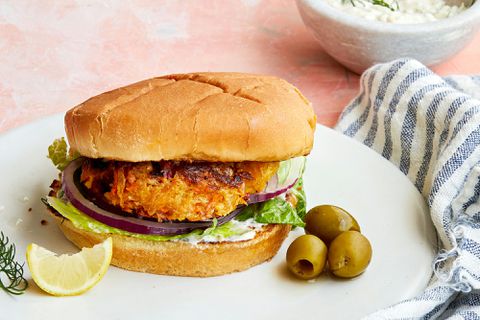 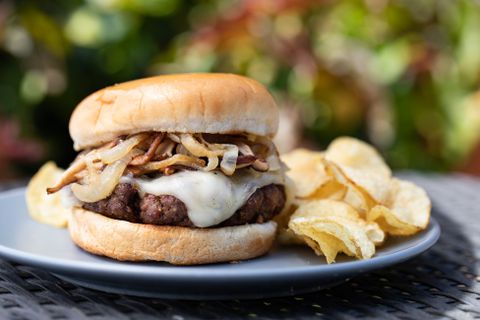