Ever had Funeral Potatoes before? This is a cheesy, creamy, spoonable potato casserole -- an ideal side dish for a potluck supper or other large gathering.

Funeral potatoes are usually made with sour cream, condensed cream of chicken soup from a can, frozen shredded potatoes, and a cornflake or bread crumb topping. This makes a delicious casserole, certainly, but I wanted to try making a version from scratch using homemade ingredients.

Where do FUNERAL POTATOES come from?

Funeral potatoes are often associated with Southern and Mormon cultures, specifically the Jesus Christ of Latter Day Saints Relief Society (a women-led organization founded in 1842 and dedicated to serving those in need).

However, nearly every region of the U.S. its own version of this potato casserole under a different name. They're sometimes called cheesy potatoes, hash brown casserole, church potatoes, or party potatoes, among other names.

Wondering where the name "funeral potatoes" comes from? This creamy comfort food received the funeral nickname because it's an easy dish to serve a crowd, and it's often made for an after-funeral meal or given to a grieving family.

While part of this recipe’s charm is its ease -- tear open a bag of frozen hash browns and a bag of shredded cheddar cheese and then stir them together with a can of cream of chicken soup and few scoops of sour cream -- I wanted to make a version from scratch.

I wondered if using homemade soup, fresh potatoes, and fresh ingredients would make a difference. It did.

My finished from-scratch recipe for funeral potatoes has a creamy texture and a rich flavor, studded throughout with nice bits of chicken. I even made a traditional version with frozen hash browns and canned cream of chicken soup for comparison. While it reminded me of the potatoes of my youth, this from-scratch version won hands down.

Ultimately, the parboiled potatoes were the winner. This same parboiling technique is used by restaurant chefs to make French fries that have fluffy centers and crisp exteriors -- here, it intensified the overall creaminess of my hash brown casserole. The shredded potatoes combined easily with the other ingredients and gave it a creamy texture while still keeping their shape.

You can also parboil the potatoes up to 3 days in advance without worrying about the potatoes drying out or oxidizing (which turns potatoes grey). Just cool and store them with the skins on in the refrigerator, and then shred them on the day you plan to make the casserole. The skin doesn’t peel quite as easily when the potatoes are cold, but gentle pressure with a knife will still make quick work of the job.

Cream of Chicken Soup From Scratch

This recipe takes a page from classic gumbo and starts with a roux, which is a combination of fat and flour that helps to thicken soups, intensify flavors and keep the fat from separating out from the other liquids in the soup. The darker the roux the more flavorful the soup, but how dark you go is up to you.

To increase the flavor the soup, I use the rendered fat from chicken thighs to make the roux and then also use the thighs themselves to make a quick homemade chicken stock. The results are extraordinary, and make a soup worthy of eating as its own meal.

This is soup base is definitely the most labor-intensive part of making funeral potatoes from scratch. To break up the work, make the soup ahead of time and refrigerate it for up to four days. (Note that I don’t recommend freezing it since freezing and reheating can affect the texture.)

Panko won the topping test -- never will a cornflake touch a potato casserole in my house again.

Panko makes a consistently crunchy topping and eliminates the step of crushing the cornflakes into crumbs. By contrast, the cornflake topping that I tested had inconsistent flake sizes depending on how well I crushed them, which made some bits toasty and others chewy.

8x8 is THE BEST PAN SIZE FOR FUNERAL POTATOES

Most potato casserole recipes call for a 9x13 inch pan because the idea is to feed a crowd. But if you want to have them for dinner for a family of four, a 9x13 pan feels like too much.

As written, this recipe fits in an 8x8 pan, but you can easily double it to feed a crowd and bake it in a 9x13 pan.

You can make the cream of chicken soup up to four days ahead and parboil the potatoes up to 3 days ahead.

You can also make the entire dish, except for topping with breadcrumbs, up to three days ahead of time. Just spread into the casserole dish, cover with plastic wrap and store in the refrigerator. When ready, uncover the casserole, sprinkle on the panko crumbs, and cook according the recipe.

I don’t recommend freezing the casserole, either baked or unbaked, since freezing and thawing could cause the fat to separate and the texture to become curdled. 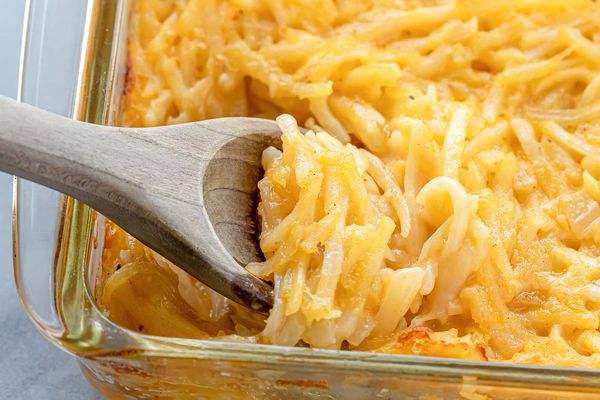 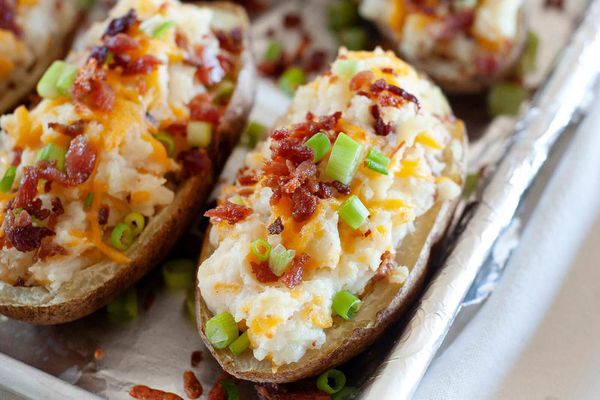 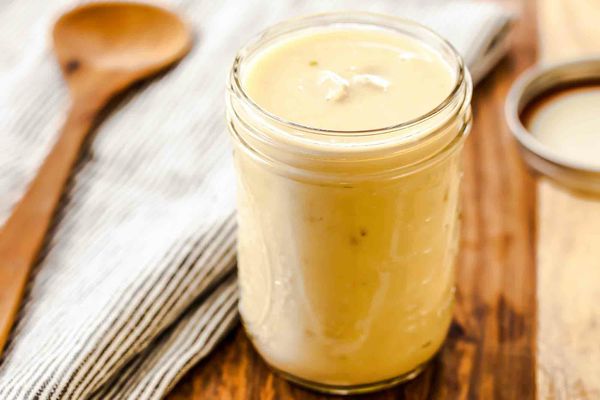 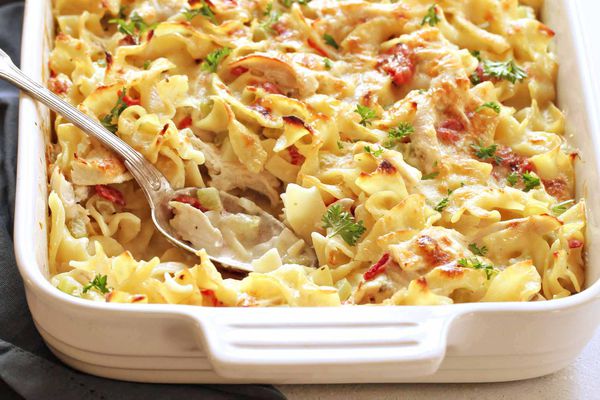 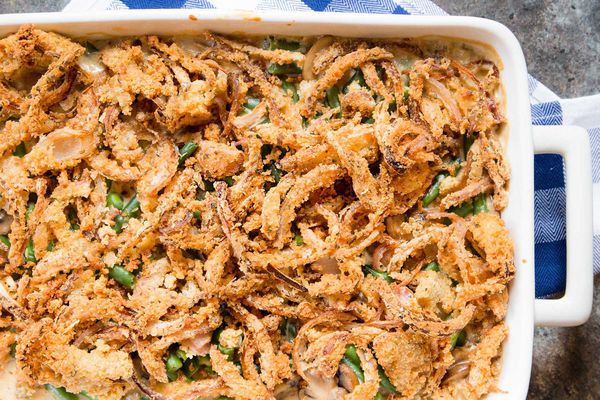 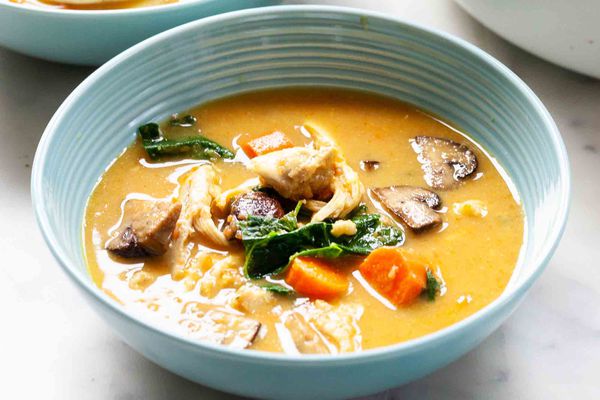 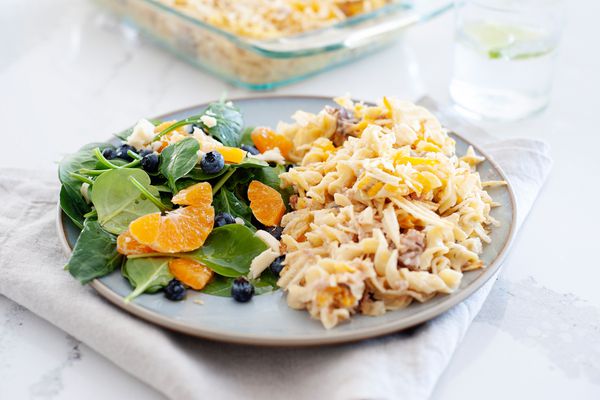 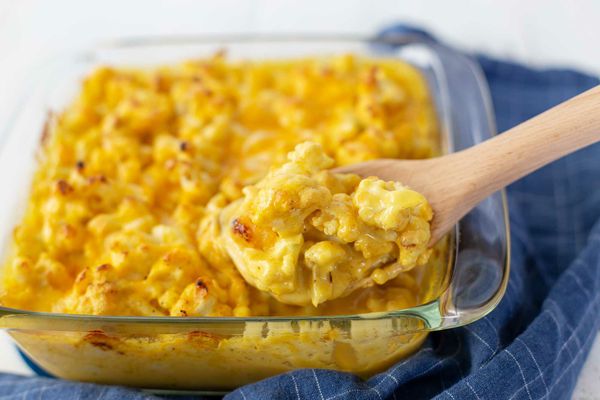 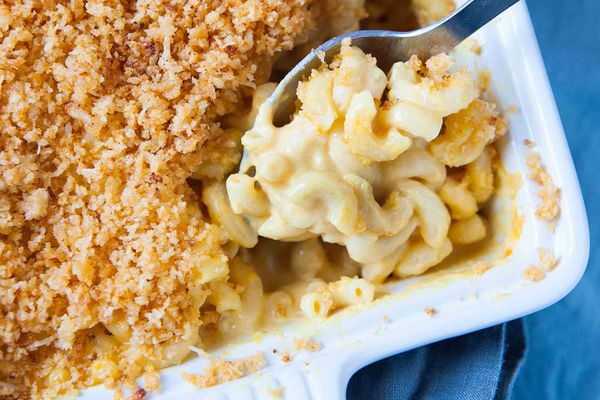 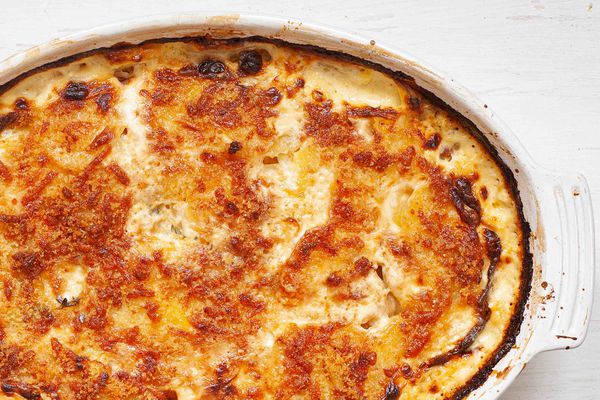 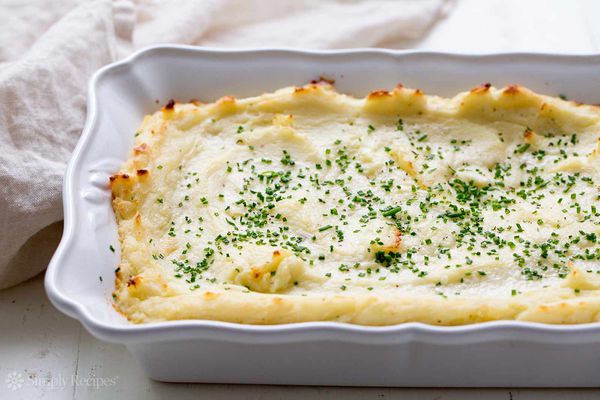 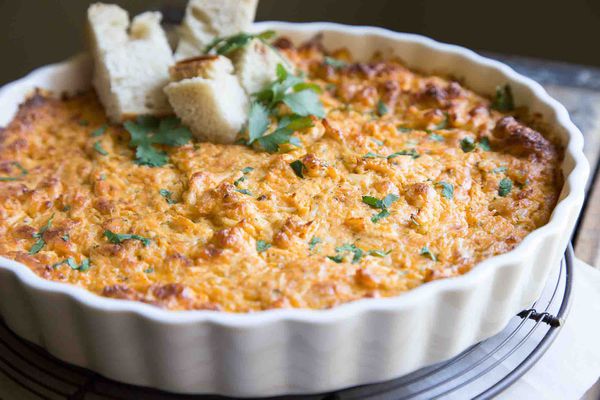 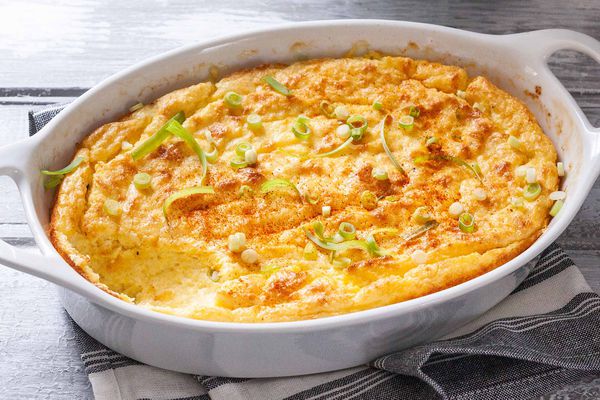 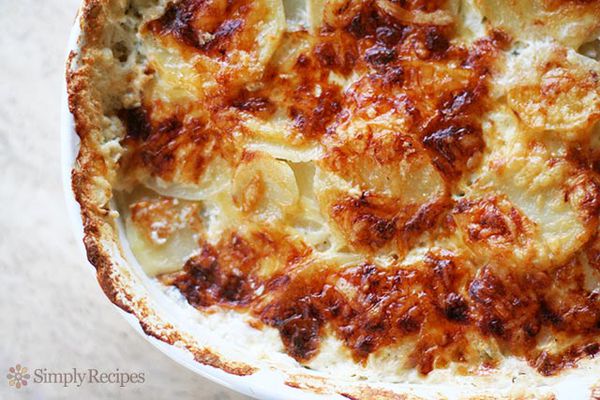