Homemade beef pho on a weeknight? YES! With a few shortcuts, this quick Vietnamese beef pho is ready in under an hour. Searing the beef in a hot skillet also adds great flavor!

Having grown up eating pho, I thought I knew it as a bowl of tender-chewy flat rice noodles surrounded by fragrant broth and topped with cooked and/or rare meats and aromatics.

But when I was researching recipes for The Pho Cookbook, my mother, an 80-something-year-old woman with a precise food memory, told me about a pho noodle soup topped with a rich, stir fried beef. It’s a northern Vietnamese dish, found in and around Hanoi, the country’s capital. It’s ridiculously good and is called pho ap chao (aka pho tai lan) in Vietnamese.

I developed a traditional recipe for the book but also enjoy this quick wok-kissed version when I don’t have time to simmer broth from scratch.

Mom isn’t very touchy-feely, but when she explained the dish to me, she softly pressed her cheek to mine. “Ap means to lightly touch,” she said. “Chao refers to a wok or skillet.”

Then she described the dish of her 1940s childhood: The street vendor briefly warmed fresh rice noodles in his hot wok to let them pick up a bit of wok hei essence and fatty richness. After he emptied the noodles into a bowl, he quickly stir-fried beef, onion, and garlic and added them to the noodles. The broth was ladled into the bowl or served on the side, if the customer desired. It was simple and tasty, she recalled with a wistful smile.

Her description inspired me to name the dish Wok-Kissed Pho. You can prepare it with from-scratch broth (use the pressure cooker or stovetop to simmer beef pho recipes in The Pho Cookbook), but this quick version involves canned broth, making it extra easy and fast to whip up on a weeknight. In the bowl, the broth imbues the beef with extra umami goodness.

At your local supermarket, mine the Asian foods aisle for the condiments and the noodles (Annie Chun’s pad Thai noodles are terrific). The spice or bulk spice section will have the star anise, cinnamon, and clove.

To allow pho aromatics and spices to shine, use a combination of beef and chicken broths, which yields a lighter, more appropriate canvas for painting a pho profile. Swanson is my go-to brand for broth, because it offers good beefy or chicken-y flavor and not much else. If you use other brands and the sodium count is lower than that of Swanson (check the nutrition labels), you’ll need more salt and fish sauce than what’s suggested in the recipe.

Compared to from-scratch broth, this quickie version is a touch cloudy. It’s natural and not a deal breaker, though if you like, you may strain the finished broth through muslin for a little extra clarity.

For delicate sweetness, season the broth with organic sugar or maple syrup; they have a rounder, more complex flavor than regular white sugar.

Don’t be deterred by the longish recipe. Break it down into stages:

If noodles need warming by the time you’re ready to assemble and serve, portion them into bowls and microwave each bowl on high for 30-second blasts. Or, you can warm all the noodles in the skillet over medium heat with a little oil, then divide them among the noodle soup bowls. Then reheat the skillet to stir-fry the beef.

There are often goodies stuck to the pan after stir-frying the meat. Throw the bean sprouts into the hot pan and briefly stir-fry them to pick up those savory bits. Once the sprouts have slightly softened, after about 90 seconds, remove the pan from the heat and divide the sprouts among the bowls. The recipe here uses a skillet, but if you’ve got a well-seasoned wok, go for it!

What are you waiting for? With ingredients within easy reach, you can create a marvelous old school pho in a simply delicious modern manner.

First of all check out my books, Vietnamese Food Any Day and The Pho Cookbook! Also, try these other recipes here on Simply Recipes:

Optional add-ins (choose none, some, or all): 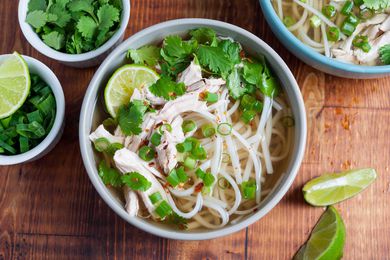 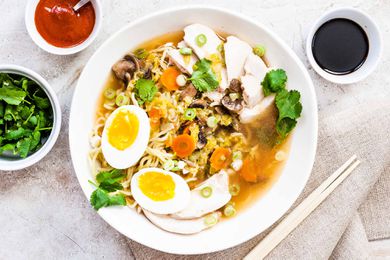 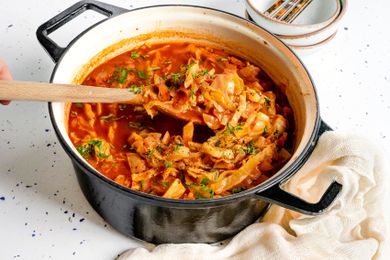 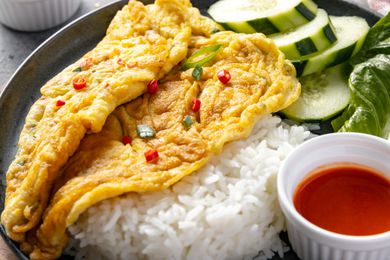 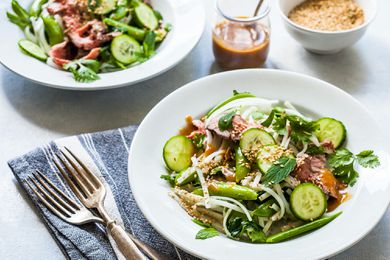 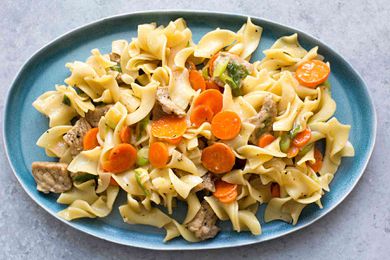 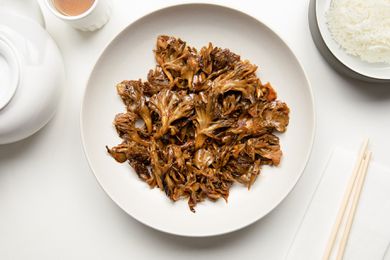 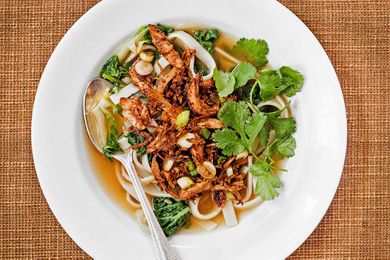 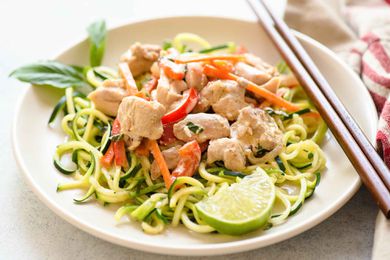