In This Recipe
12 Grilling Recipes for Memorial Day
FEATURED IN:

My goal with this recipe was to create a grilled steak that would make a novice look like a master, and a master look like her backyard flame-created opus was mere child’s play.

Video: How to Grill the Best Steak

I wanted a juicy steak with a nice crust that was big enough to slice and serve family style, and that had a little finesse.

While cooking, I basted the steak in an herbed butter sauce. The sauce added a fresh, light flavor that balanced the richness of the meat. In the end, I had a steak everyone raved about, and that felt special but not overly fussy. It was the perfect main course for my Fourth of July party plans.

Which Cut of Steak Is Best for Grilling?

When I first started working on this recipe, my top contenders for the steak were the ribeye (no bone), the rib steak (same cut as the ribeye but with the bone), the porterhouse, and the T-bone.

Any of those cuts will taste great grilled due to the significant marbling of fat, which leaves the meat tender, and flavorful. Let's take a closer look at each:

Ultimately, I chose to use ribeye steak for its flavor, size, and the lack of bone -- I wanted to slice and serve this steak family-style, and the fact that it doesn't have a bone makes that easier.

The ribeyes I used to test this recipe were 1 1/2 inches thick and weighed in at a whopping 1 1/4 pounds each. Because this cut has extensive fat marbling, it stays tender and tastes great after grilling. A steak this size is also ideal for serving two people, which means less meat to manage on the grill at one time.

I chose to use a thick cut because of its forgiving nature for a newbie at the grill—it’s pretty easy to overcook a 1-inch steak, but adding just a half inch can give you some extra leeway when you're first mastering the technique.

This being said, a big bone-in steak is an impressive sight and beautiful on a plate. Bone in or bone removed, it's up to you!

Amp Up the Flavor With Butter Sauce

When I first began work on this recipe, I tried dry rubs, oil, and simple salt and pepper. All of these are wonderful things to put on steaks, but I felt like it needed more. (I had Fourth of July in mind, and I wanted to make it special but not complicated.)

I settled on basting the steak with an herbed butter sauce. First, because butter. Second, because I have an extensive herb garden and it didn’t require a trip to the store. I was worried that the butter might burn on the grill, and leave an acrid flavor, but it didn’t.

It was pure deliciousness. The herbs added complexity without masking the meatiness of the steak.

Deciding the flavor and the cut I wanted was the easy part. I turned to grilling expert Steven Raichlen, founder of BBQ University, television host, and the author of more than 30 books on the topic of grilling, on how best to set up my grill.

He generously took my phone call while on tour promoting his most recent book release, Project Fire.

Charcoal or Gas Grill for Steak?

Charcoal or wood-fired grills are always the best choice for grilling steaks because of the additional flavor and charring they provide. If you have a charcoal grill, you also can add different kinds of wood to the fire to contribute smokiness and enhance the overall flavor of the meat.

Don’t worry—you can still cook a great steak on a gas grill. If using gas, open the lid, turn on the gas, and light the grill. Don’t light the grill with the lid closed; gas can build up inside the grill and create an explosion.

How Hot Should the Grill Be for Steak?

Raichlen recommends establishing two cooking zones in your charcoal grill: one that’s very hot for searing the steak, and one that’s medium for finishing the steak and cooking it through.

On a gas grill, heat the grill to 450°F with two burners going, which should only take about 10 minutes, then turn one of the burners down to medium to create two cooking zones.

I followed Raichlen’s advice, and started my steak in the hot zone, then moved it to the medium zone to finish cooking. It worked like a charm.

For a 1 1/2-inch thick steak, here are the general cooking times:

Note that the USDA recommends cooking whole cuts of beef to an internal temperature of 145°F.

Keep in mind that the thickness of your steak, the heat of your grill, and your desired level of doneness will all impact the time it takes your steak to grill. Raichlen suggests checking the temperature of the steak by inserting a digital meat thermometer through the side, not top down. You can also use Elise’s handy dandy guide.

Tips for Grilling the Perfect Steak

This sauce goes well with any steak; you can also skip it or use a different sauce.

I prefer to cook thicker steaks and share them rather than smaller, thinner individual steaks. If you are a grilling novice, thicker steaks are also a little more forgiving.

In this recipe, I’m aiming for medium to medium rare. Ribeyes have lots of marbling, and I want that to break down; cooking it to rare wouldn’t accomplish that goal on a grill.

For the herb butter sauce: 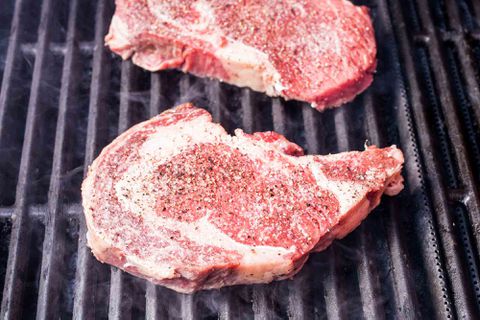 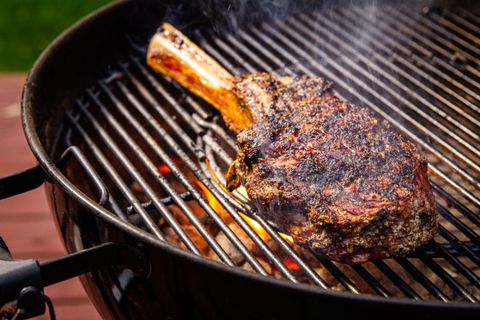 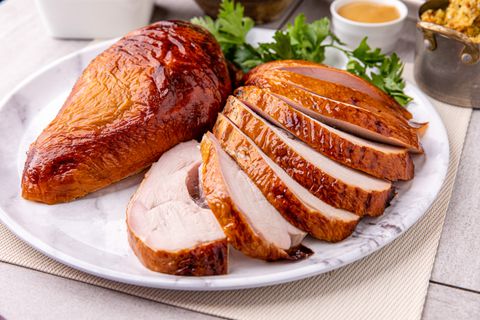 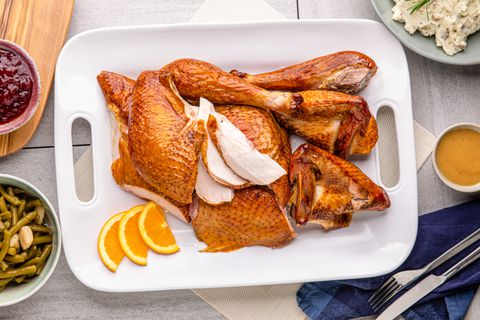 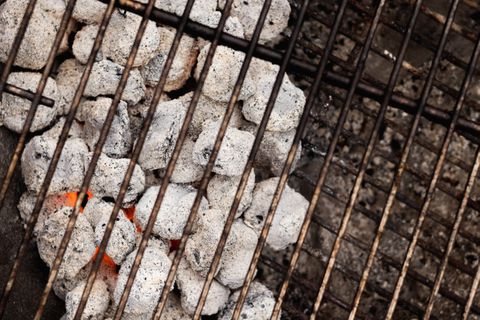 How to Heat Your Grill to Cook Steak 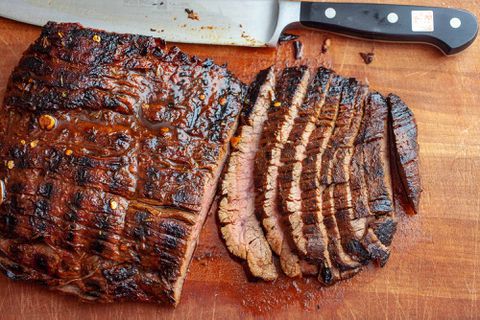 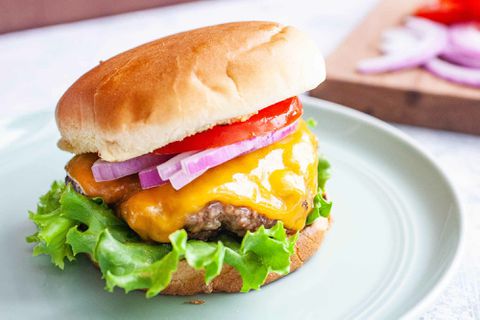 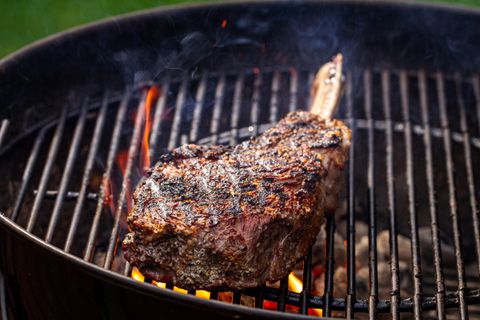 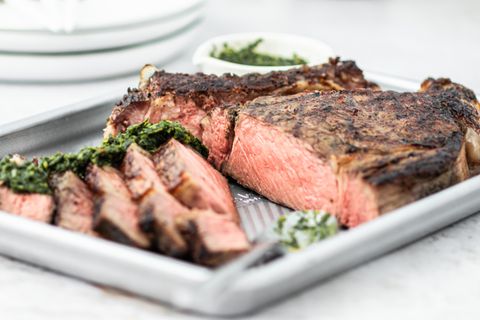 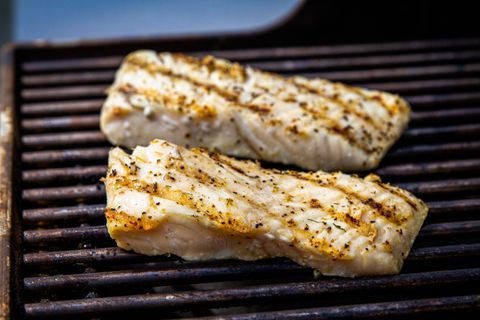 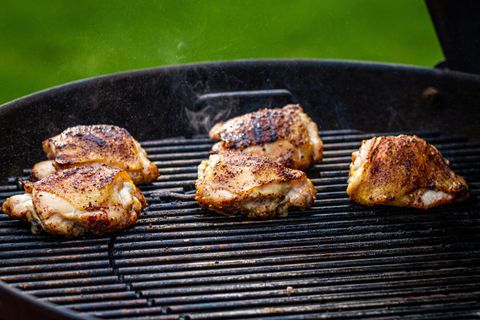 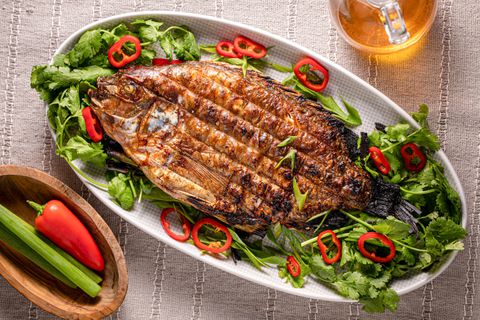 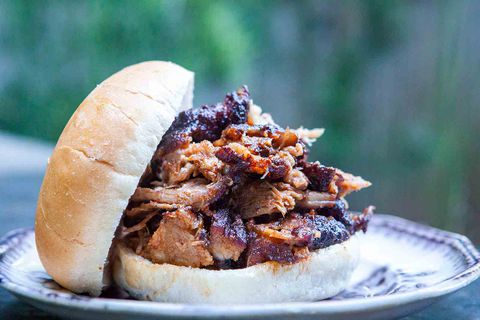 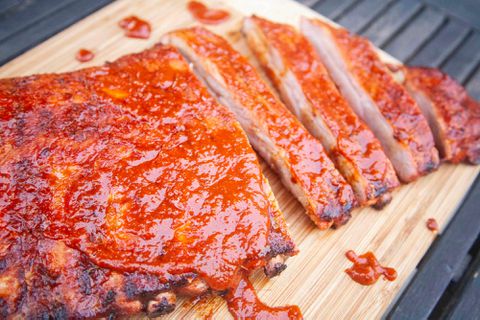 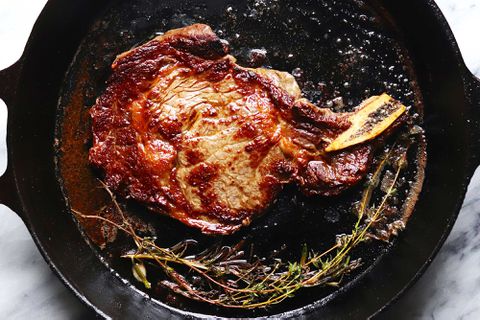 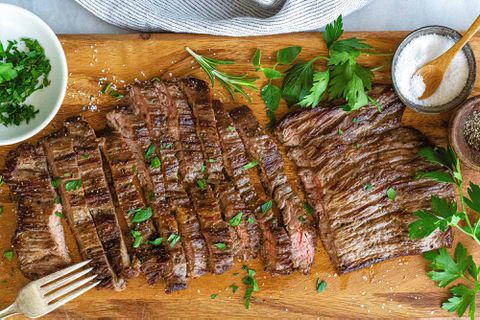