When I was growing up in New Jersey, my dad enlisted us kids to dig up clams down at the shore. It was usually a multi-family affair. The grownups built a fire on the beach and filled a new aluminum garbage can with seawater. They set the can over the fire, and once the water was at a boil, the clams went in.

We were offered paper plates for the clams and cups for the broth. I learned how to pull out the bellies and dip and shake the clams in the broth to clean them, and how to sip the broth carefully so the sand stayed at the bottom of the cup.

Sea, sand, the waning sun, plenty of beer for the adults, children racing up and down the beach—that was a high point of summer in my childhood. We settled around the fire as the sky went dark, singing songs until it was time to pack it up until the next year.

Video: How to Do a New England Clam Bake at Home

How to Do A New England Clambake at Home

Fast forward ten years, and I experienced a real New England clambake on Cape Cod. This was definitely a different kettle of fish (pardon the pun).

There were no garbage cans in sight. A fire that was dug in a wide, deep pit on the shore and that smoldered all day. The fire burned under large rocks, and more wood burned on top. When the stones were hot, the clam masters threw on a thick layer of seaweed.

Then the layering began. Potatoes, sausages, hot dogs (yes! hot dogs), corn, clams, and lobsters were placed in the pit, which was finally covered with more seaweed and a tarp. After about an hour, everything was ready. Out came the paper plates and the melted butter.

How to Have a New England Clambake at Home

Even if Cape Cod isn't in your travel plans this summer, you can still experience a New England clambake: enter the "clambake in a pot." This version, also known as a clam boil here in New England (no lobsters), is far more accessible. All you need is a pot and to get your hands on some clams.

In fact, you don’t even have to own a huge pot—you could use several soup pots or a stockpot. The process and cooking time are the same: Bring some water and wine to a boil in the bottom of a pot, add potatoes and shallots (or just potatoes) and simmer them for a short time.

Next, add browned sausages and/or hot dogs. (I don’t eat a lot of hot dogs, but for me they are integral to the clam boil.) Finally, add clams and/or mussels and top with corn. Pop on a lid and let steam for another 12 to 15 minutes and you’re done.

The Best Shellfish for a Clambake

The best clams for steaming like this are small quahogs (pronounced koh-hogs, also called littlenecks), or buy “steamers,” which are long neck clams. Mussels and clams are both sold live, and should be stored in the refrigerator in a breathable container (not sealed in a plastic bag) until ready to cook.

Most clams just need a quick scrub under cold running water to dislodge excess sand and grit. Use a small scrub brush if they are particularly sandy. For the mussels, pull off the beards—the material that protrudes from between the shells.

Discard clams or mussels with cracked shells or that don't close tightly when tapped lightly against the counter.

Clambake for a Crowd

The recipe below is for four people, but it's easy enough to scale up the ingredients for more people. You'll just need a bigger pot!

Really, this is a spectacular party dish that is spectacularly easy to pull off for a crowd. Cook it inside on the stove, dump everything on big platters, and take it outside. Pour the broth into cups and serve with crusty bread and melted butter for dipping.

If you’re renting a cottage somewhere on the shore, this is a must-do summer extravaganza. And if you’re staycationing, don’t feel sorry for yourself! Invite some friends over and let the good times roll.

To serve larger crowds, just scale up all the ingredients. You'll need a large pot, or you can split it among several smaller pots.

For the clams, look for small quahogs (littlenecks) or steamers (long-neck clams) 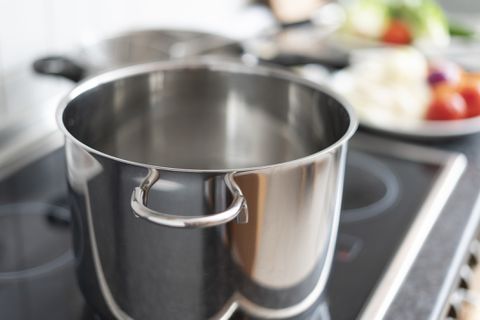 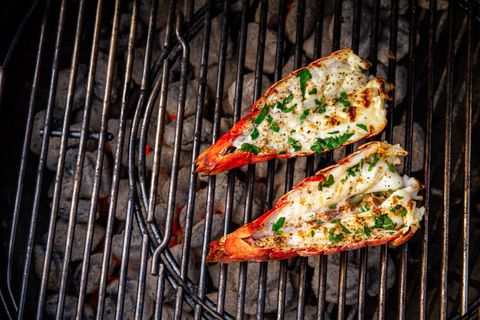 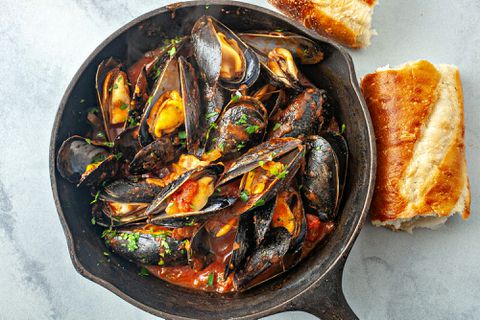 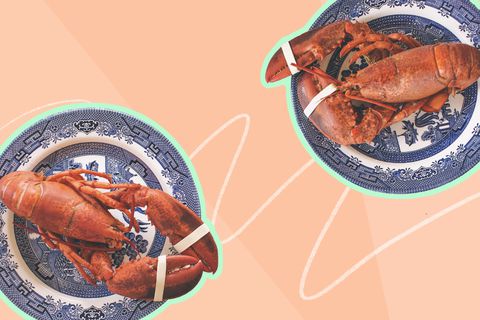 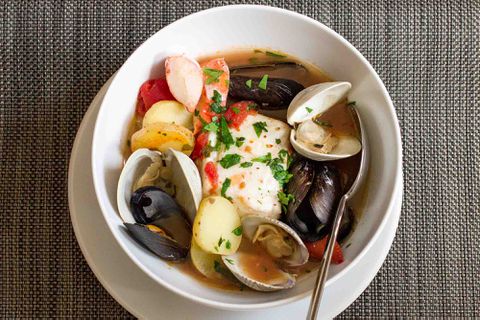 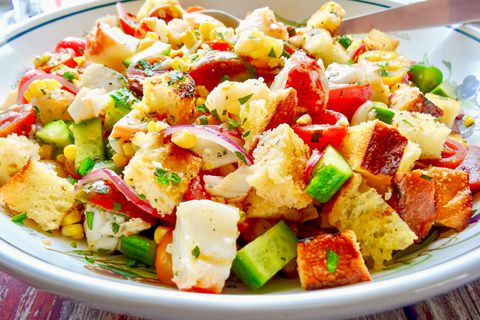 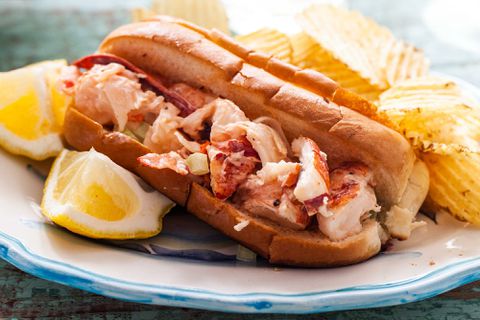 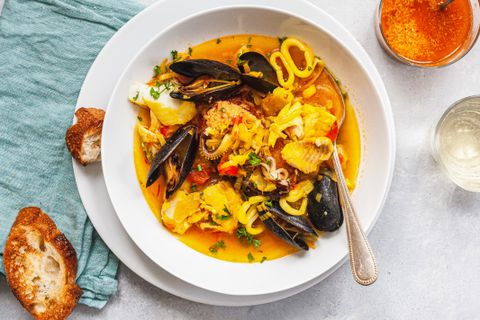 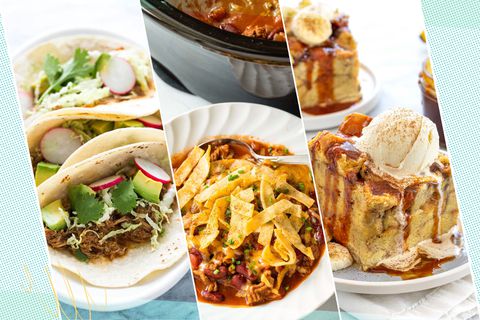 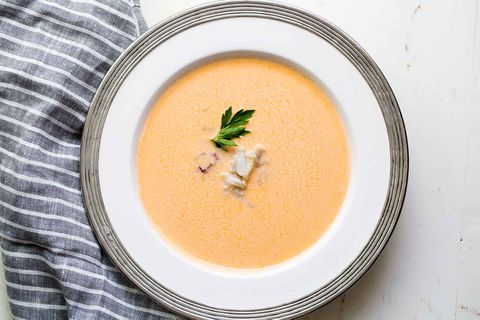 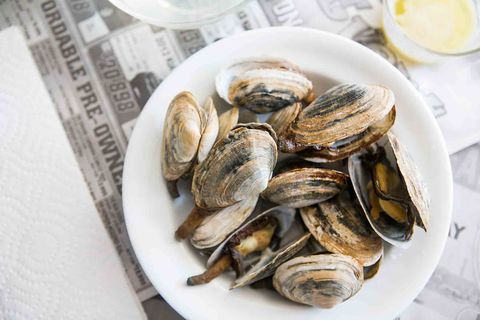 How to Cook and Eat Steamer Clams
25 mins
Ratings 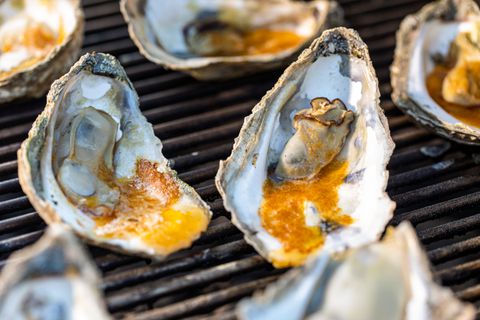 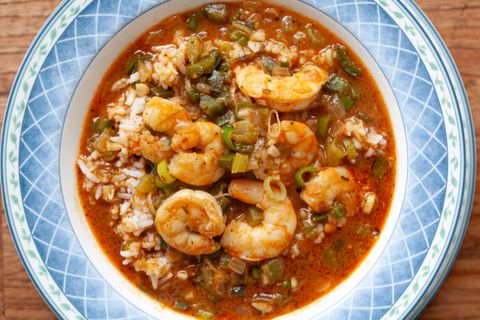 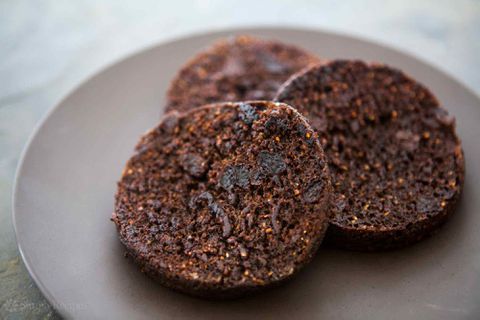 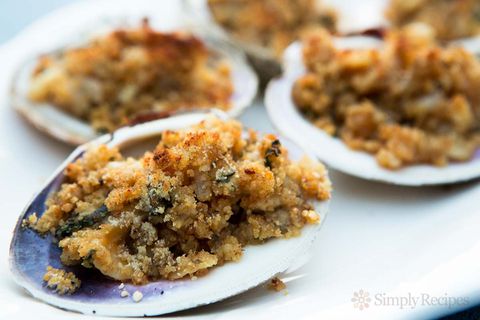 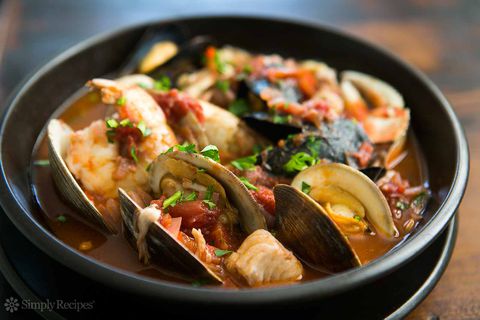