A French classic, whole leeks are boiled, drained, then marinated in a Dijon vinaigrette.

Ah the noble leek, often the bridesmaid, rarely the bride. Leeks vinaigrette is a classic French recipe that honors the leek for itself.

In this recipe we first clean and prep the leeks, then boil them in water until just cooked, drain them, and marinate them for several hours (or days) in a vinaigrette with a touch of Dijon mustard.

Served at room temperature, the leeks make a lovely salad or side. And given that they love a long marinating time, they're perfect for making ahead.

This recipe comes from my Frenchman Guy (that's "Gee" with a hard "g") who grew up eating "poireaux vinaigrette" in France. He made it for my mother's 78th birthday last week, which we served as a first course to a lasagna bolognese (so good!).

He also roasted up some red bell peppers and served them with the leeks, which were lovely together.

Funny thing about the leek greens. Recipes almost always say, "use the white and pale green parts only," but the green tops are full of flavor.

We often use green onion greens in recipes. Using more of the dark green tops of leeks is similar.

They are a little tougher than the white and pale green parts, but if you are boiling them as in this method, they should tenderize fine with the cooking.

Choose leeks that are about an inch thick and have a long, white and pale green shaft. 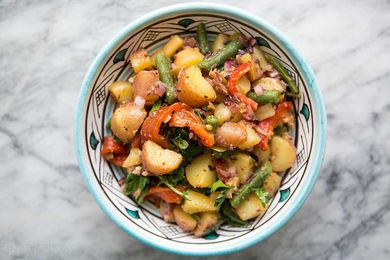 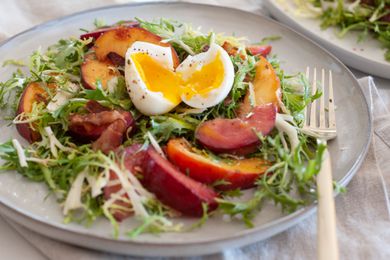 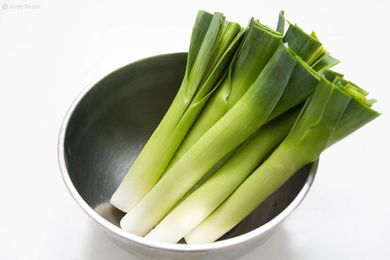 How to Clean Leeks
10 mins
Ratings 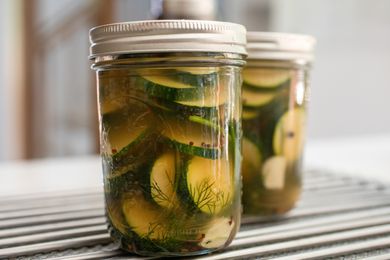 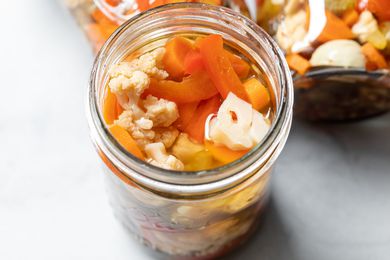 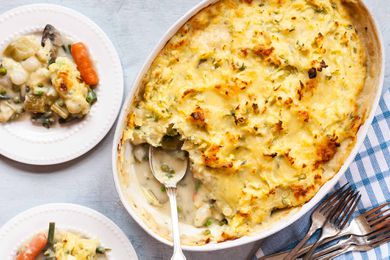 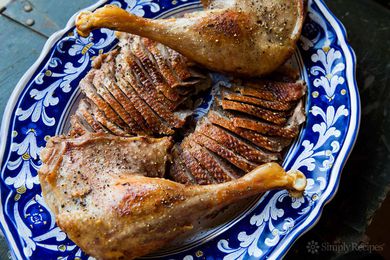 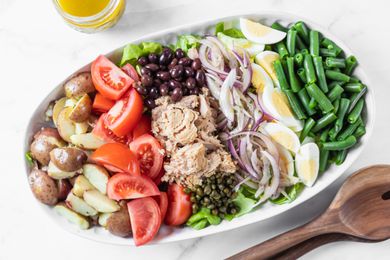 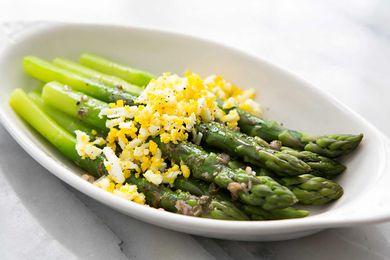