Maple-Glazed Chicken with Caramelized Onions and Pears! A one-skillet dinner you can serve right from the pan. A little mustard in the glaze gives the chicken some zing.

In New England, where I live, there are so many grand maple trees that the syrup goes into everything.

You often find it in pots of baked beans instead of molasses, as well as in all kinds of cakes, pies, and other sweet desserts.

Maple syrup also makes its way into simple weeknight dishes like this skillet chicken recipe, where it turns into a glaze.

Start by searing the chicken by itself, then brown some onions until they start to turn golden. Add a few cut pears to the skillet so they brown, too.

Spread the seared chicken breasts with a maple-mustard glaze, then set them on top of the onions and pears. The juices from the chicken baste the fruit and onions as it cooks, making them especially succulent, while the glaze turns the chicken a beautiful golden color. The onions also finish caramelizing in the oven.

This is a one-skillet dish, and you can serve it right from the pan. I like to use a cast iron skillet, but any oven-safe pan will do. (If you don’t have an oven-safe skillet, you can transfer the onions, pears, and chicken to a baking dish before sending it to the oven.)

Here’s something to watch for when buying maple syrup: Check the label and make sure the bottle contains only maple syrup and no fillers. Many syrups sold for serving with pancakes aren’t pure maple (they’re often diluted with corn syrup).

When you taste what real maple syrup adds to the dish, you’ll know why New Englanders reach for it not only for pancakes, but for just about everything else as well.

If you don't have an oven-safe skillet, transfer the cooked onions and pears to a baking dish in Step 4, place the chicken on top, and bake. 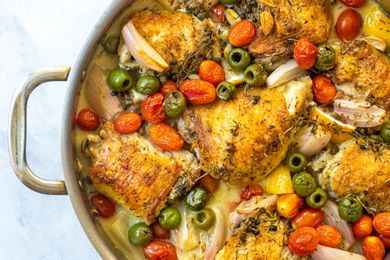 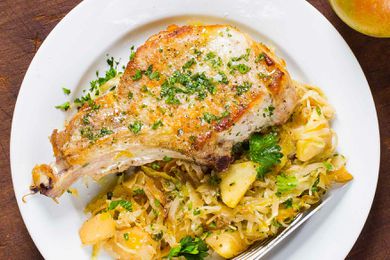 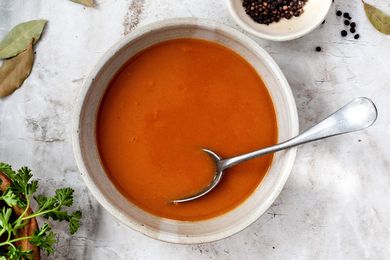 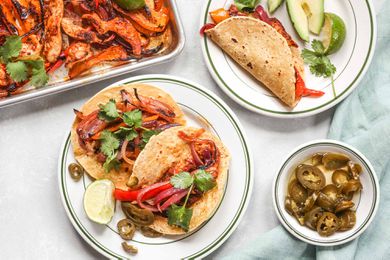 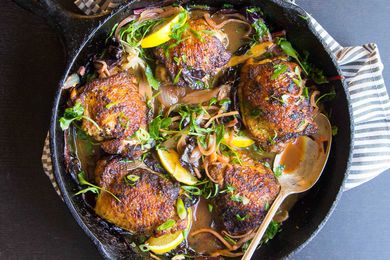 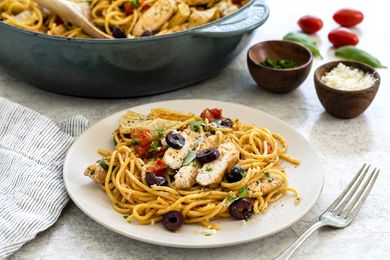