It seems like every culture with a coastline has their version of a seafood stew. The French have bouillabaise, the Portuguese bacalhoada, New England chowder and San Francisco cioppino.

In Brazil, they make moqueca (pronounced "mo-KEH-kah"), a stew made with fish, onions, garlic, tomatoes, cilantro, and in the northern state of Bahia, coconut milk.

Video! How to Make Moqueca

My first encounter with moqueca was a salmon version of the stew prepared by Brazilian blogger Fernanda of Chucrute com Salsicha. So good!

We love making fish stew, but had never thought to use a base of coconut milk. Since then, every Brazilian I've met, when the conversation turns to food (as it invariably does), their eyes light up at the mention of moqueca.

A few words about this recipe. First, it's easy. You probably have most of the ingredients already in your pantry (you'll want to get fresh fish), and with prep, making rice, the total time involved is less than an hour.

Second, since this is an American website, we're dealing with ingredients we can get here. True Bahian moqueca is made with a fish caught off the coast of northern Brazil.

In our case, we'll want to use a firm white fish. I used cod for this batch, which is barely firm enough. Halibut would hold up better.

You can also add shrimp or other shell fish to this stew. Palm oil is traditionally used in making moqueca, but it's hard to come by here, so we are using olive oil.

Finally, adjust the seasonings to taste! If it doesn't seem flavorful enough to you, you need to add more salt. And probably a little more lime or lemon juice and paprika too.

To any Brazilians who might be reading this blog (Ole Ola Brasil!) if you have a favorite moqueca recipe, please tell us about it the comments.

Dine Like the French With Bouillabaisse, a Classic Soup Made With the Freshest Seafood
READ MORE:

Traditional moqueca uses palm oil. If you can find it (I checked three stores here and was not able to locate any) add just a tablespoon to the stew along with the coconut milk. 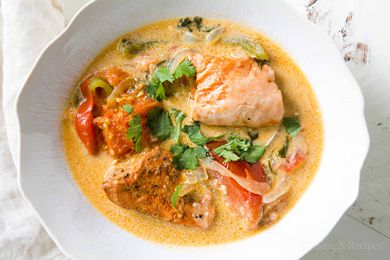 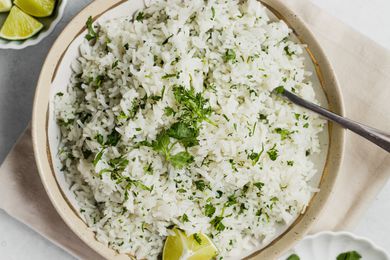 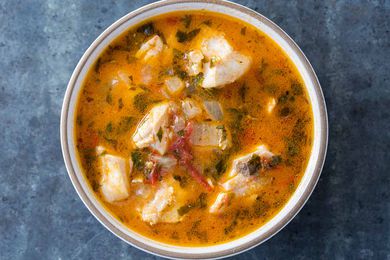 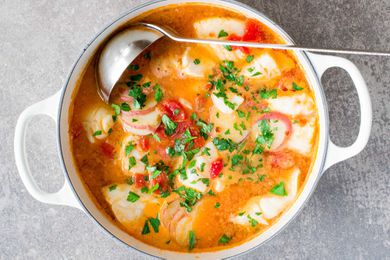 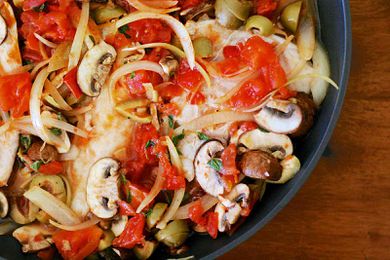 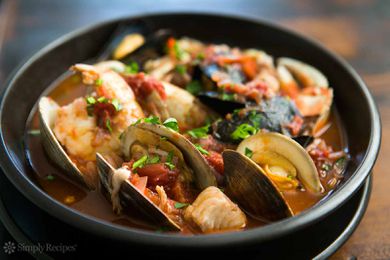 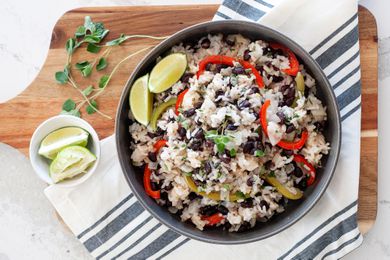 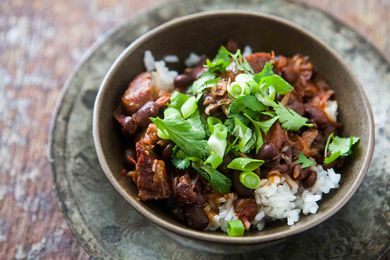