Have you ever tried smoked mozzarella cheese? It's sort of like a mozzarella version of gouda. I had never encountered it until my father used it in a recipe he got from a local butcher shop.

This is the recipe, with lots of changes from the original which called for three times as much cheese. We found with smoked mozzarella that, unlike regular mozzarella which is quite mild in flavor, a little goes a long way.

We've made this several times; it now makes a regular appearance in my parent's home because it's quick, filling, and tasty. It also makes terrific leftovers!

Shrimp with Olives, Tomatoes, and Orzo

Turkey sausage is rather lean. If you use regular pork sausage, cook it up first, then discard the rendered fat and use the residual fat in the pan to cook the onions and garlic. 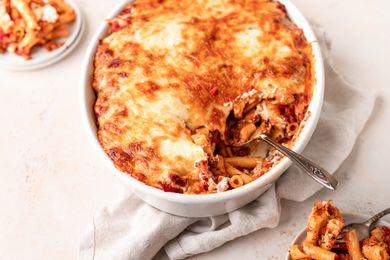 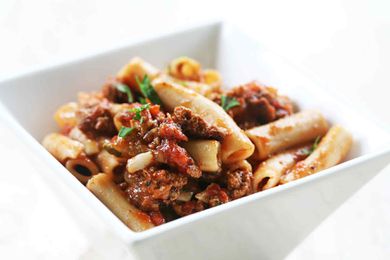 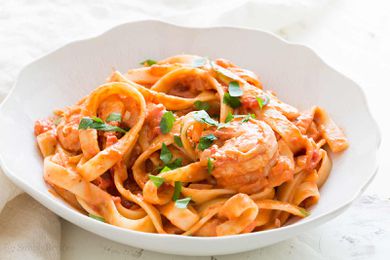 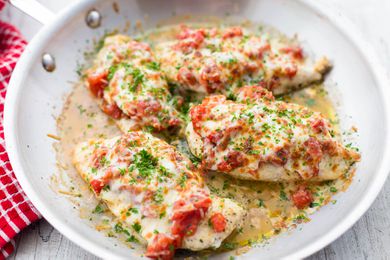 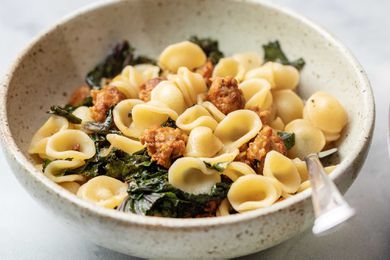 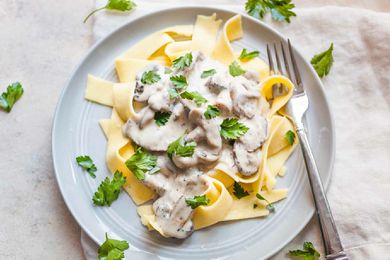 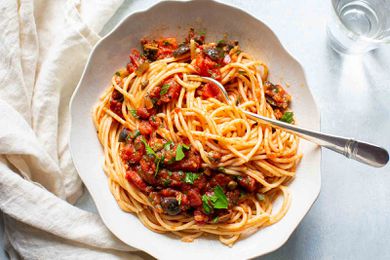 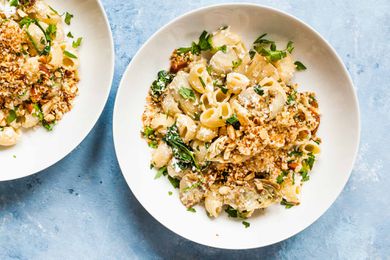 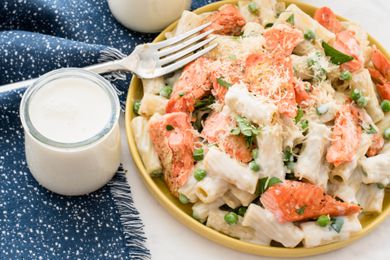 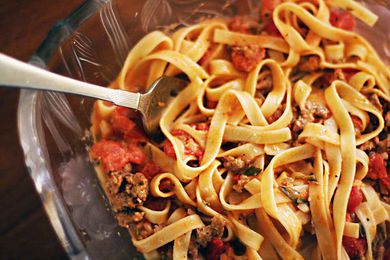 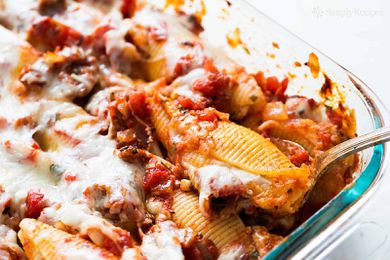 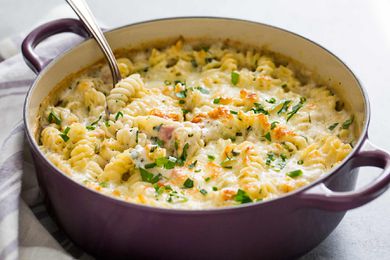 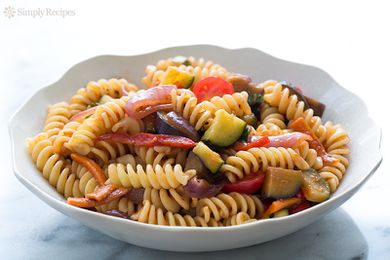 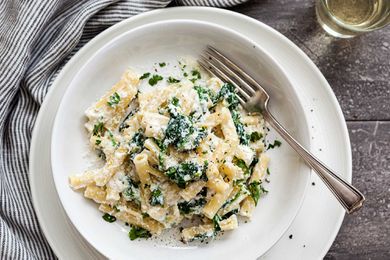 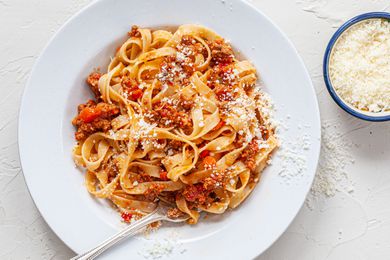