A Scotch...cocktail? Yes, it exists! The Penicillin is made with both blended and peaty Scotch, lemon juice, and honey-ginger syrup for a delicious drink you'll want to drink all through fall to keep the sniffles away.

Quick, think of a Scotch cocktail! It's hard, isn't it? Scotch, although a formidable spirit in its own right, doesn't often appear in cocktails, because its smokiness presents a challenge. Gentler whiskeys, like rye and bourbon, play nicer with other ingredients.

But if there's one Scotch cocktail worth knowing, it's the Penicillin. This Scotch-based whiskey sour—made with both blended and peaty Scotch—is a true modern classic.

The History of the Penicillin Cocktail

Although it possesses the brilliant simplicity and why-didn't-I-think-of-that-ness of a storied classic, the Penicillin has fairly recent origins.

It was created in the early 2000s by Sam Ross, a bartender who worked at the pioneering New York cocktail spot Milk & Honey. Ross took the elements of the Gold Rush cocktail (bourbon, lemon, and honey), made it with blended Scotch, then added equal parts honey syrup and sweetened ginger juice. He finished the drink with a float of peaty Scotch, and a star was born.

The name implies that it’s a bit of a cure-all—we’ll let you be the judge of that.

If you've ever had a whiskey sour, you know that adding citrus and a sweet element to whiskey brings out its sessionable, friendly side. Suddenly that same whiskey is powerful, yet approachable; formidable, but kind.

The Penicillin is basically a Scotch-based whiskey sour, with honey as the sweetener and a little ginger to shake things up.

And shake things up it does! A Scotch sour is not a bad drink to begin with, but powerful, smoky liquors like Scotch and mezcal are drawn to other, equally-powerful flavors—like ginger. While the ginger harmonizes beautifully with the peaty, earthy flavors of the Scotch, you'll definitely still taste the ginger in the final drink!

Which Blended Scotch Should I Use?

You'll need a blended Scotch for the base Scotch called for in this drink. Look for Famous Grouse, a well known blend that's easy to find and reasonably priced.

For what it's worth, while hunting for a blended Scotch at my neighborhood liquor store, the kind folks there offered me a new bottling called Naked Grouse, which is said to be a mix of single malts from Highland Park, Macallan, and others. It's slightly more expensive than Famous Grouse but makes for a very nice drink, and is also a great candidate for sipping on its own.

Which Peated Scotch Should I Use?

Let's talk about peat: the peated float called for at the end of this drink may seem extraneous, but it definitely adds something to the final drink. You can make the drink without it, certainly, but without that dreamy, smoky cloud floating over the surface, the Penicillin loses a bit of its essence.

The recipe calls for a nice smoky Islay Scotch; Ross used Peat Monster. I'm partial to the Laphroaig 10 Year, but Ardbeg is also a good choice.

These bottles of Scotch are a big investment, so if you're new to Scotch, I'd consider trying one at a bar before you buy a whole bottle. If you like the taste of a smoky Scotch, or are at least intrigued by it, there's a good chance you'll like the effect the additional smokiness has on this drink.

To make the Penicillin, you'll first have to make a honey-ginger syrup, which is well worth it. This Honey-Ginger Syrup recipe makes enough syrup for about 5 or 6 drinks. Double the recipe if you plan to make more drinks than that. It will last for at least a month in the fridge. 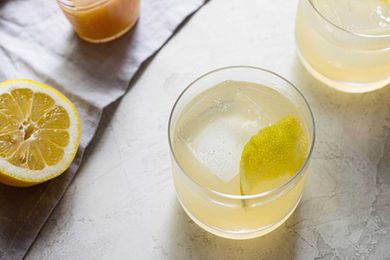 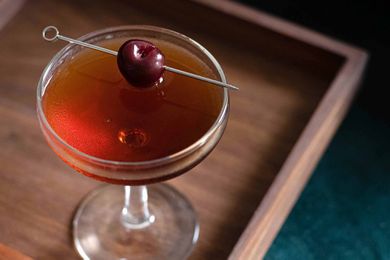 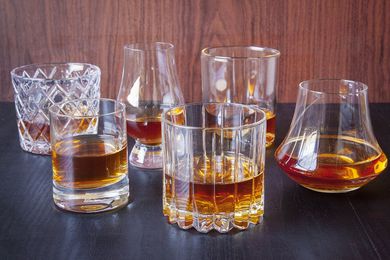