How to Make Bacon Fat

Wondering how to get bacon grease for cooking? Here's how (and lucky you, a byproduct is crispy cooked bacon).

A Simply Recipes reader recently asked in the comments, "Where do I get bacon fat?" Great question, especially considering that we use bacon fat (also called bacon grease) around here in many of the recipes.

I remember as a kid looking into the fridge and seeing a jar of solid white stuff and wondering what it was. When my mother told me it was bacon fat, well that somewhat grossed me out for a while, for decades actually.

It wasn't until I got into cooking again in my 40s, that I gained a new appreciation for this readily available, highly flavorful cooking fat.

Just last week my mother used a little bacon grease to cook up some spring peas. I would have eaten every one of them if manners allowed.

At risk of stating the obvious, you render bacon fat by first cooking bacon. The trick is to cook the bacon slowly, on medium-low heat.

I do this on the stovetop in a cast-iron pan, because cast iron retains heat and helps you cook bacon more evenly. Also, the bacon fat will help season the cast-iron pan. But any pan will do.

How to Store Bacon Fat

If you use bacon fat regularly in your cooking, you can store it right on your kitchen counter for a week or two. Otherwise, you'll want to keep it stored in the refrigerator.

The enemies of all cooking fats are light and air. Exposure to sunlight and oxygen will accelerate a fat going rancid, which is why it's best to store bacon fat in the refrigerator.

You can also freeze bacon fat if you want to store it even longer.

What to Do With Bacon Grease

Bacon fat is such a flavorful fat to cook with. We use a generous amount when making Mexican refried pinto beans or black beans.

You can also use bacon fat to brown rice for a rice pilaf or for making scrambled eggs.

Basically, you can use bacon fat for frying anything that would benefit from having bacon flavor!

When cooking with bacon fat, spoon it out from the jar. Usually half a teaspoon is all that is needed to give a flavor boost to what you are cooking.

How Long Does Bacon Fat Last in the Fridge?

Eventually, all fats go bad. But if you filter out the solid bacon bits, your bacon fat will last much longer—up to a year in the refrigerator, in fact.

For even longer storage, freeze your bacon grease.

Tips for Cooking With Bacon Grease

Bacon grease can replace butter, oil or other fats in recipes. It has a low smoke point, though, so it's not good for high-heat cooking. But it's great for roasting, moderate sauteing, and baking.

Bacon grease livens up savory dishes, but don't limit yourself. Try using bacon grease in place of butter in sweet or savory baking recipes. Replace half to all of the butter with the bacon grease for extra flavor in chocolate chip cookies, molasses cookies, or gingerbread cakes. Topping the finished dish with chopped bacon bits takes the place of added sea salt, too.

Note that the flavor of the bacon grease will depend on the bacon itself. Some are saltier, some are smokier.

How to Get Rid of Bacon Grease

Maybe you've had bacon grease sitting around too long, or it smells off. Don't ever pour melted bacon grease down the drain, unless you're looking for an excuse to call your plumber. Likewise, don't pour hot grease into a trash can; it can melt the trash bag. If you're not saving it for recipes, just cool the grease until it solidifies, then throw in in the trash.

Recipes Made Better With Bacon Grease

How to Make Bacon Fat

If you made more bacon fat than you end up using, just throw out the whole jar and start a new one.

Never pour bacon fat down the drain! It will solidify as it cools and clog your drain. Either soak it up with paper towels and discard or pour the rendered bacon fat into a jar to save.

A (16-ounce) package of bacon will yield about a cup of rendered fat. 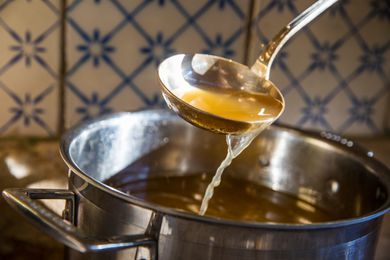 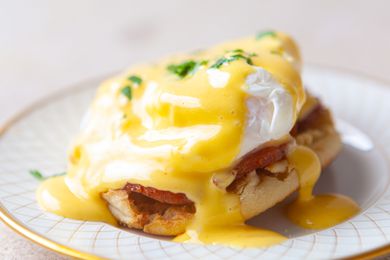 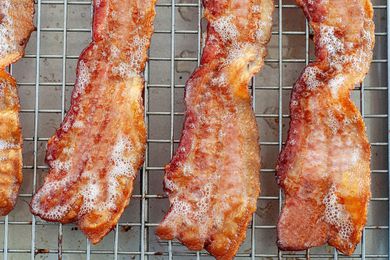 How to Make Bacon in the Oven
25 mins
Ratings 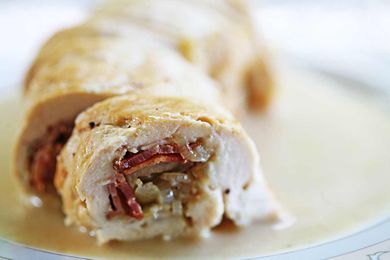