You may find a recipe for beer bread among the pages of church cookbooks in the South and in old recipe collections shared among family. I first learned about beer bread nearly 20 years ago when I was just out of grad school in Kentucky, working in family and consumer sciences (formerly known as home economics).

After experimenting with my own variations, I made simple changes to this historic recipe. Rosemary Garlic Beer Bread uses self-rising flour, butter, fresh garlic, rosemary, and pilsner, a crisp, refreshing pale lager with minimal hop bitterness that originated in the Czech Republic. It’s a flavorful loaf bread that comes together quickly.

This beer bread recipe takes little planning and requires only a few ingredients. You can bake a loaf in under an hour to serve with a hearty beef and bean chili for a weeknight dinner or a vegetarian lentil soup shared with friends for brunch.

What is Beer Bread?

Beer bread uses beer as a key ingredient. The base recipe for bear bread includes three ingredients: self-rising flour, butter, and beer. The texture of beer bread is biscuit-like. It’s dense and firm, but crumbly around the edges.

While I find this classic combination tastes okay, I took the opportunity to create something far better than the original.

My recipe for beer bread uses the same core ingredients I learned about nearly 20 years ago: 3 cups of self-rising flour are stirred with 2 tablespoons of melted butter and a 12-ounce can of beer. I chose a pilsner because it has a bolder flavor than an American light lager, but it’s still low in hop bitterness. It’s malty character and refreshing taste work well with the biscuity notes of the bread.

I always add 1 to 3 teaspoons of sugar to balance the savory flavors of the bread. Herbs, spices, and sometimes cheese can be added to my mix as well. This recipe includes fresh garlic and rosemary along with scallions.

It does taste like beer. If you don’t care for beer, you probably won’t like beer bread.

The first flavor to hit your mouth is the familiar maltiness of beer followed by a slight sweetness. It reminds me of a malty toasted, buttery biscuit. Plus, you’ll get the lingering taste of rosemary, garlic, and scallions after each bite.

The Best Beer for Beer Bread

Beer bread is meant to be savory. The beer should enhance the malty, biscuity taste of bread. While the beer flavor should be evident, it shouldn’t overpower the bread.

I find that lagers, American light lagers, pilsners, and pale ales work best because they have a more subtle malty character that complements the flavors of the bread. I have experimented with hoppy (i.e. more bitter) pale ales and India pale ales. While I enjoy the added bitterness, I don’t recommend them for people who don’t also enjoy drinking them.

I do encourage experimentation with beer bread, but if you are new to this recipe, stick to those I’ve listed. Want to try something new? Tread lightly and branch out to a brown or blonde ale.

For a savory bread like this, skip beers infused with flavors like vanilla or cinnamon. Fruit-flavored beers aren’t a good fit either.

Even if the batter feels thick or lose, I’ve yet to have a beer bread that hasn’t baked beautifully. This is a very forgiving recipe. Here are some tips for baking beer bread:

The options are nearly endless with variations for beer bread.

I prefer to make one loaf of beer bread at a time. I rarely have success doubling the recipe. Plus, it’s simple to stir up the batter for a single loaf. This also allows you to tailor each loaf to your tastes, using a different beer or herb in each.

To make more than one loaf for your gathering, double your ingredients when shopping, but make each loaf individually.

Beer bread is best when slightly warm to room temperature. I let mine cool at least an hour before serving so that it makes clean, dense slices with minimal crumbling.

I am a fan of sweet and savory combinations, so I drizzle it with a little honey or add a thin spread of honey butter. This is especially good when enjoying it for breakfast. I also like to top a slice with a poached egg and some arugula or use it as a base for avocado toast.

The slices of beer bread are small, so I rarely put it in the toaster for fear that I won’t be able to fish it back out. If you want to enjoy it toasted or warmed, add some butter to a skillet and toast the bread on each side for a few minutes, until golden brown.

Here are some recipes that go well with Rosemary Garlic Beer Bread:

Beer bread is at its peak of freshness right after it’s baked and up to about 24 hours. During this time, I wrap it in plastic wrap and store it in an airtight container on the counter.

Freeze it for longer storage. You can slice it, wrap it in plastic wrap, and place it in a freezer-safe zip top bag. Enjoy it within three months.

Since it’s already sliced you can easily thaw one slice at a time by letting it sit at room temperature for a few hours or by warming it in a buttered skillet. 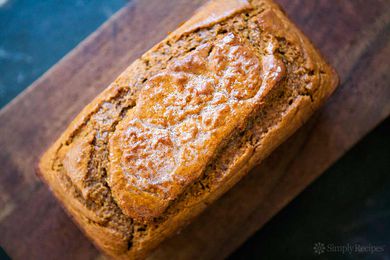 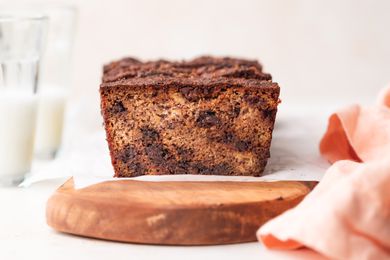 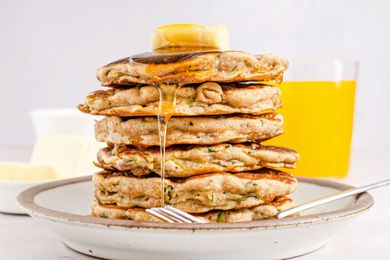 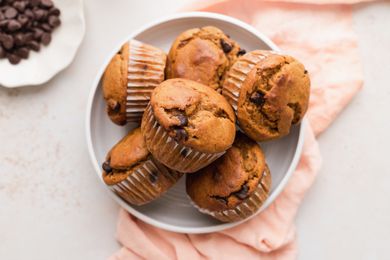 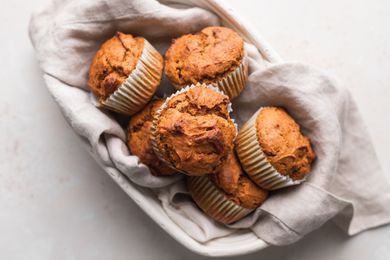 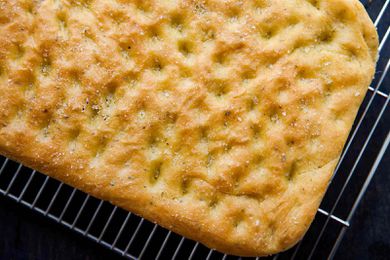