3 High-Protein Gluten-Free Pastas You Should Try!

High-protein pasta is the new thing! Made from legumes like chickpeas and lentils, these gluten-free pastas have 2-3 times the amount of protein and fiber as traditional pasta. We think they're worth a try!

Have you heard about high-protein pasta? It's a thing, and you (or your kids!) may love it.

Last month the Simply Recipes team tasted three popular legume-based pastas for our gluten-free pasta Pantry Power series. A few of us loved them, others did not, but we were all impressed by the nutritional content of these bean-based pastas: two to three times as much protein and up to four times the amount of fiber over traditional wheat and gluten-free pastas – not to mention a ton of vitamins!

Here's what you should know about high-protein bean pastas, and whether or not you may want to try them out for you or your family!

The Ingredients in High-Protein Pasta

Traditional pasta is made from durum semolina wheat and most gluten-free pastas are made from corn or brown rice. But high-protein pasta – which also happens to be gluten-free! – is made from beans or legumes. The spaghettis we tested from Banza, POW!, and Explore are made from chickpeas, green lentils, and edamame, respectively.

As a result, each of these had more protein and fiber than our favorite gluten-free pasta. Here's a quick look at how these bean-based pastas compare to traditional wheat and gluten-free pastas:

The bean pastas also had higher levels of calcium, iron, magnesium, phosphorus, and potassium than their wheat-and-corn-based counterparts.

Not bad at all! If you want to get more protein and fiber into your diet or your family's diet, this is one way to do it.

How Do They Taste?

More protein and fiber is great and all, but how do these bean-based pastas actually taste?

The first thing to note about high-protein legume pastas is that you probably won't fool anyone into thinking it's just plain ol' pasta, or even a more traditional-tasting gluten-free pasta. The texture is a bit chewier with a slightly earthier, more legume-y taste. (Which is not necessarily a bad thing! A few of us quite like the mild chickpea flavor of Banza's pasta.)

The key here is managing expectations: If you or your kids are fans of beans or lentils in general and don't mind some of that flavor in your pasta, and if you're ok with a bit more chew, then you could probably swap out your traditional pasta for one of these without much fuss.

You'll never know until you try!

Here are a few popular high-protein legume pasta brands we think are worth trying:

Three of us named Banza our favorite gluten-free bean-based pasta! Made from chickpeas, it had the mildest, most pleasing flavor of all the legume-based pastas we tried. Try out a variety pack with shells, penne, elbow, and rotini pasta, or feed your kids some of Banza's high-protein mac & cheese!

POW! protein pastas from Ancient Harvest are made from red lentils, green lentils, and chickpeas. Overall, POW! pastas have a stronger legume flavor than Banza. We found POW!'s green lentil spaghetti to be a tad bitter on its own, but it had a nice, soft noodle and the bitterness wasn't detectable once we added a red sauce.

Explore's high-protein pastas are made from edamame, black beans, mung beans, chickpeas, and green and red lentils. Like the others, the bean varies according to the type of pasta you buy. We found their edamame spaghetti to be more akin to a soba or rice noodle than a spaghetti noodle, and a better fit for salad or soup rather than sauce.

Have you tried any of these high-protein pastas? Which ones are your favorite? Have any others you'd recommend? Do tell! 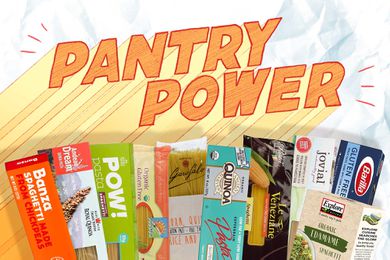 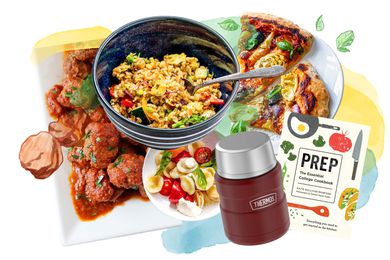 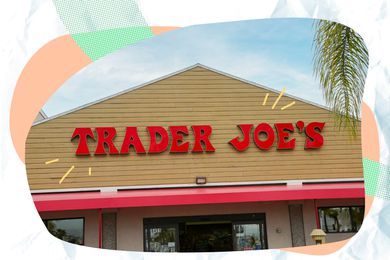 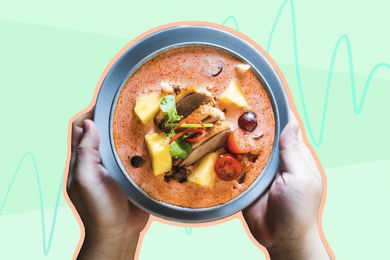 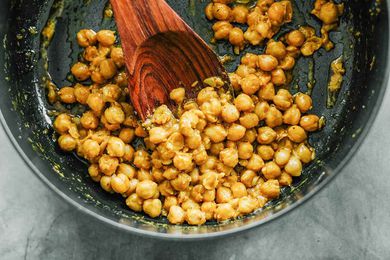 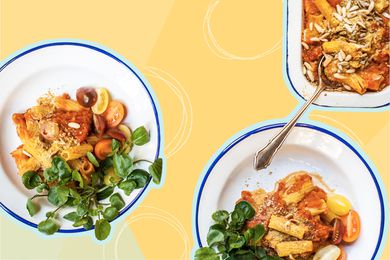 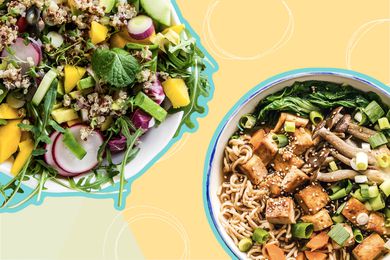