Turkey tenderloin is an easy fix for a turkey dinner that you can have on the table in under an hour. Coated in a savory spice rub and finished with a flavorful pan sauce, it’s a scaled-down alternative to cooking a whole bird.

Two of the biggest gripes when it comes to preparing a turkey are that the meat is routinely overcooked and the bird is so darn big. Choosing to roast a couple of tenderloins instead of a whole turkey is an easy way to sidestep these cooking conundrums.

Two tenderloins weigh in at roughly a pound and a half, a far cry from your typical 20-pound Tom. Best of all? The tenderloin is as its name implies: tender, succulent, and, when served with a sweet and tangy maple mustard sauce, very tasty, too!

What Is Turkey Tenderloin?

The tenderloin is a thick strip of meat that’s cut from the turkey breast. It’s boneless, skinless white meat that is prized for being one of the most tender parts of the bird. The relatively small size of the tenderloin means it cooks in minutes rather than the hours that a whole turkey demands.

Where to Buy Turkey Tenderloins

The lead-up to Thanksgiving is the best time to get your hands on turkey tenderloin. Look to your local butcher or supermarket to see if they stock it. If not, they may be able to order it for you.

Alternatively, you can explore your online options, including Amazon, which I found to be the most reliable source for buying tenderloin outside the Thanksgiving season. If you’re fond of turkey tenderloin, consider getting more than you need and stashing extras in the freezer for next time.

How to Cook It Just Right

What’s tricky about cooking a turkey is that the breast cooks more quickly than the legs and thighs, so by the time the latter is done the breast is overcooked. The tenderloin, however, is far more uniform in shape and is entirely white meat. That makes it easier to avoid overcooking.

The key is keeping an eye on your oven and having an instant-read thermometer handy. When the temperature hits 160 degrees in the thickest part of the meat, it’s time to pull it out.

About the Maple Mustard Sauce

This turkey is plenty tasty with the spice rub alone, but it takes no more than a minute or two to turn the precious juices left behind in the skillet into a savory pan sauce. All you need is whole-grain mustard, the juice of an orange, and a bit of butter.

Stir that into the juices in the skillet while your tenderloins rest and you’ve got a sauce to spoon over the turkey slices at the table.

What to Serve with Turkey Tenderloin

For Thanksgiving and other holidays, traditional side dishes, from mashed potatoes to cranberry sauce, are ideal accompaniments.

If you’re making this recipe for a weeknight supper, serve with anything you’d serve alongside a roast chicken, such as a big salad, roast vegetables, or sautéed greens. Leftovers are also terrific sliced thin for sandwiches.

For When You Don’t Need a Whole Bird 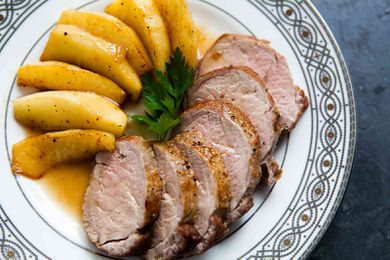 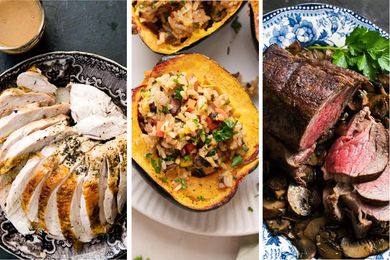 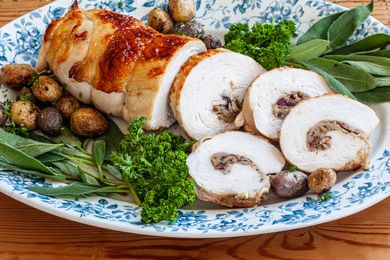 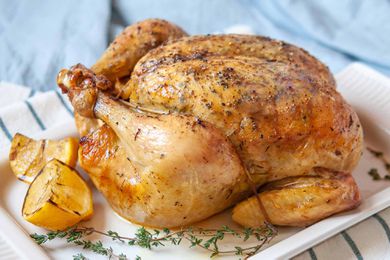 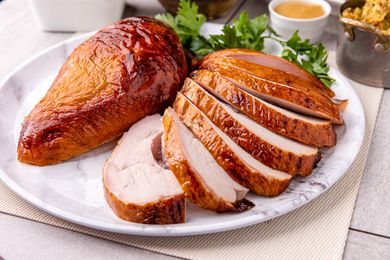 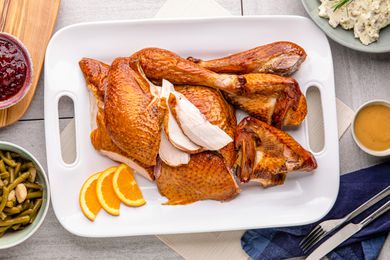 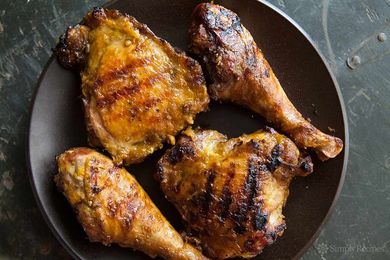 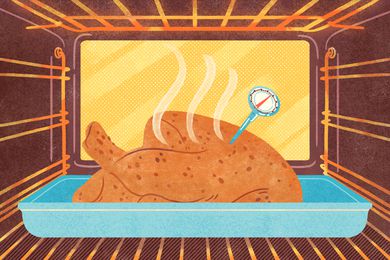 What Temperature to Cook a Turkey