What is Natural Peanut Butter?

How is natural peanut butter different than conventional peanut butter? Why does it separate? Can you bake with it? Get answers to all these questions and more!

Choosing a peanut butter used to be as simple as creamy or crunchy, Jif or Skippy. You either liked a little texture in your peanut butter, or you wanted a smooth spread you could swirl over a piece of bread in thick waves. But whatever jar you took to the checkout counter was going to have a familiar taste: salty, sweet, sticky, and with a uniform consistency.

That was how shopping for peanut butter used to be. Then natural peanut butters came on the market, and everything blew up! Well, not really, but they sure did shake some people's assumptions of what peanut butter should taste like.

Whether you're ready to ditch Jif and try Justin's (and we have thoughts on that!), or want to know what all the fuss is about, here's the low-down on natural peanut butter.

What Is Natural Peanut Butter?

Natural peanut butter contains just peanuts and salt (and sometimes not even the salt). No fully hydrogenated vegetable oils, no sugar – both of which are found in conventional peanut butters.

Why Do Some People Prefer Natural Peanut Butter?

What causes someone to skip out on the Skippy and ride a train in the natural lane? The same reason anyone chooses the more "natural" alternative, be it with food, household, or personal products: fewer ingredients, less processing, and overall a product that is closer to its original source – which in this case is, of course, peanuts.

Because of this, natural peanut butters may have a grittier texture, even the ones labeled creamy, but with a definite peanut-forward flavor!

Why Does Natural Peanut Butter Separate?

As mentioned above, conventional peanut butters are made with fully hydrogenated vegetable oils, which help stabilize the peanut butter, prevent it from separating due to time or temperature, and give it that smooth, homogenous, creamy texture. There's no stirring required; just open the jar, dig in with a spoon, and get on with that snack of yours.

But natural peanut butter does not contain any fully hydrogenated oils, and is therefore not homogenized, so the peanut oil will separate from the solids, probably while it's sitting in a shipping container headed to your local grocery store. So unless you enjoy a nice spoonful of peanut oil with your strawberry jam, you'll need to stir natural peanut butter and mix it all up again before you eat it.

What About Palm Oil?

And so we come to palm oil.

Additionally, I can't talk about palm oil without talking about the reasons some people think it shouldn't be in natural peanut butter (er, spread) at all, or really in any products, namely due to serious environmental concerns. Some natural peanut butter manufacturers, like Justin's, who use palm oil in their products, are members of the RSPO (Roundtable of Sustainable Palm), which "encourages sustainable growing practices and human rights initiatives at the farm level, while promoting education about the cultivation and use of certified sustainable palm oil."

If that doesn't assuage your concerns, then it’s probably best to avoid palm oil altogether and go for the jar with just peanuts and salt as the listed ingredients (which you will then have to stir).

What Is the Best Way to Stir Natural Peanut Butter?

Why am I even asking this question, you may wonder? Isn't stirring ... stirring? Like, taking a spoon and moving it in a circular direction until the thing in question has come together?

The issue with stirring natural peanut butter, however, is this: It can be kind of a mess. No matter how careful you are, you're likely to slosh the oil out of the jar and onto your fingers and the countertop. It's also time-consuming to get it all mixed together. But there are a few tips and tricks out there for minimizing the mess:

I tried all these different methods, and ended up liking the upside-down method best!

Will the Peanut Butter Re-Separate? How Should I Store It?

If you stir or mix the peanut butter really well right after opening, then store it in the refrigerator, it should stay well-mixed and won't require any re-stirring.

Until you decide that one batch of these Chocolate Chip Peanut Butter Energy Bars wasn't enough and you have to make two more batches immediately.

Oh wait, you mean like last in the jar, without eating it? Sorry, my brain totally cannot compute that concept. But if forced, I'll say what the National Peanut Board says: 6 months in the refrigerator.

Can I Substitute Natural Peanut Butter for Regular in Recipes?

Like many things, it all depends on what you're making. For most instances other than baking, substituting natural peanut butter for conventional should be absolutely fine.

One way to counter this is to chill the dough prior to baking to give the peanut butter a chance to firm up, or reduce the baking time so the cookies don't get too crisp. 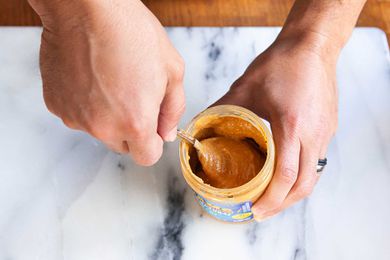 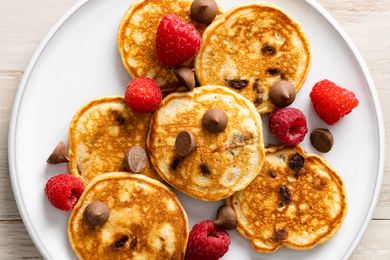 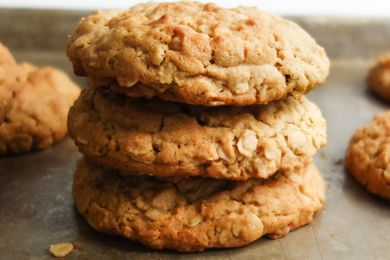 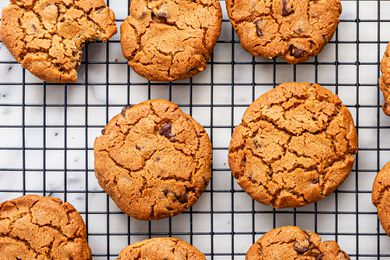 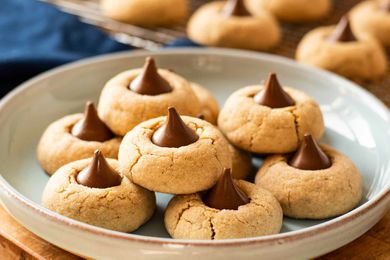 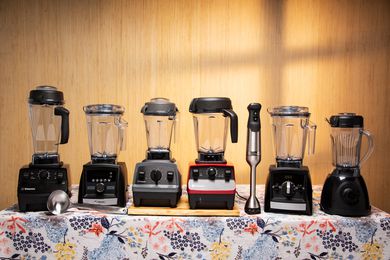 The Best Vitamix Blenders for Every Smoothie 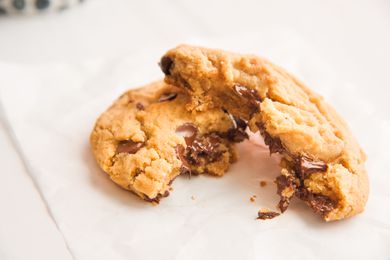 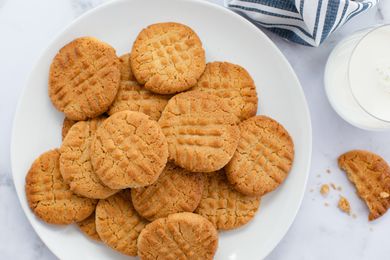