There’s so much to love about Brussels sprouts. They’re adorable (teeny tiny cabbages!) and delicious, high in all sorts of things that are good for us, and they’re versatile. Raw or cooked, they get along well with so many flavors.

And yet. Brussels sprouts are the most maligned vegetable. They’re talked and joked about as if they’re some kind of punishment, something I’ve never understood.

To these critics, I say: stop blaming the Brussels sprout and consider the cooking method! Most people who claim to hate them usually mention an unpleasant smell, which is a clear sign that they’ve only ever had badly cooked Brussels sprouts, probably boiled to death.

Here’s a guide to help you learn to love the Brussels sprout, with all of the practical things — like shopping, storing, and cooking — to help you have tasty sprouts every time. It also includes a bunch of random fun things you’d never think to ask about because my enthusiasm is endless, and I am shamelessly trying to win you over and make you find Brussels sprouts more endearing.

And if you’re already a fan, I hope this guide helps you like them even more!

In season: Fall through winter

Origin: Native to the Mediterranean, cultivated by the Romans; introduced to California in the 1900s.

How to cook: Brussels sprouts get an off-putting sulphur smell if they are overcooked through boiling or steaming. The most delicious way to cook them (and avoid that smell) is to roast or fry them.

Native to the Mediterranean, Brussels sprouts (Brassica oleracea var. gemmifera) are believed to have been first cultivated by the Romans. They may have ancient roots, but the Brussels sprout, as we know it, is a very young vegetable: it wasn’t until the 16th-century, in Belgium, that they were cultivated in large quantities, named, and turned into a proper vegetable crop.

They’ve been grown in French and English gardens since the late 18th century; Thomas Jefferson grew some in 1812; they were introduced to California in the 1900s, and they’ve been dependable members of the frozen food industry since the beginning. (Those freezing techniques were developed in the 1920s.)

When Are Brussels Sprouts in Season?

Brussels sprout season is fall-winter. You can find them all year long in a grocery store, but they’re flown in from far away during the off-seasons.

Some places, like California and Louisiana, have exceptionally long growing seasons and have local Brussels sprouts for most of the year. The rest of us have to wait until fall before they appear in our local farmers markets.

As ever, seasonal and local are always better — for the environment (not shipped across the globe!) and our enjoyment (they really do taste better!).

Types of Brussels Sprouts (Including Purple!)

There are many varieties of Brussels sprout out there, and they can be categorized into two main types. Knowing the difference is more important for the gardener than the eater because, honestly, you’d be hard-pressed to tell them apart in a taste test.

The two main Brussels sprout categories are: Tall and Small. Tall plants measure 2 to 4 feet, the Smalls get up to 2 feet. Sprouts from a tall plant will be larger; their size range is something like ping pong ball to golf ball. The little cuties from a small plant range between regular and big marbles (give or take a little on either end of the spectrum).

And then there are purple Brussels sprouts!

In the 1940s, Cornelis Nicolaas Vreeken, a Dutch plant breeder, crossed a red cabbage and a green Brussels sprout – why? I don’t know, but I love this guy’s imagination! – and gave the world one of the most bewitching brassicas it’ll ever see. Tiny gems in that deep dark magenta of a red cabbage, or with red spines and leaves in a mix of green and dusty purple — and! — they keep their color when they’re cooked (it fades just a little).

It must be said that these magical colorfast jewels are not an easy find, farmers market or otherwise. Purple Brussels sprouts produce lower yields than the green sprouts; they’re just not made for the commercial farming world. Some chefs work with small farms to get them, but purple Brussels sprouts are really here for the home gardeners — that’s their biggest market, and I think that makes them even more special.

There are two main purple Brussels sprout varieties you’ll find in a seed catalog (or on a restaurant plate): Rubine and Falstaff. I hear that Falstaff is easier to grow, which makes the name gleefully fitting — less effort for the most fun vegetable; Falstaff wouldn’t have it any other way.

How Do Brussels Sprouts Taste?

You know how purple cabbage is sweeter than green cabbage when cooked? It’s just the same with Brussels sprouts: purples are a little sweeter and a little nuttier than greens.

All Brussels sprouts are earthy, nutty, and a little bitter. There’s a lot of sweetness to be found in a Brussels sprout of any color, especially after the first frost (the cold makes them produce more sugars; we can get into those details some other time), but how much sweetness you get depends on how you cook them: roasting brings it all the way out, while steaming or boiling will enhance the earthy/vegetal flavors and keep the sweetness subtle.

When it comes to Brussels sprouts, age matters. The longer they sit around, the stronger the bitter flavor gets. Young sprouts are heavy on the sweet and nutty and fresh green taste. As they get older, the flavors mature: they taste sharper, more earthy, less sweet.

On the Stalk vs Loose

I don’t know about grocery stores, but at a farmers market you might find them on their stalks. Buying them on the stalk is fun, but mostly it’s an exercise in patience: you lug that thing home, take the time to trim each head, and you end up with… not much yield.

I recommend everyone try this at least once because it gives you a taste of the labor farmers put into brining bins of loose Brussels sprouts to your local market; you will appreciate them (the farmers and the sprouts) more forever after.

The stalks are edible, but they need to be cooked for an eternity to become remotely palatable. Save yourself that time and effort, benefit from the many misspent hours of my youth, and put them directly into the compost.

How to Pick Good Brussels Sprouts

On the stalk or not, what you’re looking for are tightly wound heads that are vibrant and firm with no signs of wilting, and no yellow or dark spots. Tiny little pinpricks are a sign that pesky little insects got to the plant before you, so avoid anything with those.

The Number One Brussels Sprouts Rule: DO NOT OVERCOOK! (This should be on a sign anywhere Brussels sprouts are sold.)

How to Store Brussels Sprouts

Loose sprouts will keep in the fridge for about a week. If for some reason you want to make them keep longer, store them in a lidded container, or one of those parchment-y bags that you find at all the produce shops in Europe (here we reserve them for cafe sandwiches, which is a shame because produce keeps really well in those).

Sprouts on the stalk will keep for about two weeks, but they’ll take up a whole lot of refrigerator real estate.

First: It’s not just Brussels sprouts; it’s all brassicas. Brassicas contain sulphur compounds, which are released when the vegetables are cooked in contact with water. Boiling or steaming lightly is no big deal but overcooking them is what makes that unpleasant sulphur-y smell so intense. Avoiding that odor is entirely in your hands, and it’s super simple.

A few things to keep in mind when cooking Brussels sprouts:

If you’re boiling or steaming, go by color. Cook only until they’re a bright lively green, and you’ll have delicious sprouts that don’t reek of sulphur. Letting them get dark and muddy is what’s going to stink up the house.

Err on the side of undercooked if you’re steaming or boiling. A crisp crunchy sprout is better than a soggy sulphur-y sprout. Those compounds are stronger in older sprouts, so be extra mindful with those. Or maybe don’t steam or boil them at all.

Just roast them! Roasting concentrates their sugars, softens their flesh, gives you those caramelized crispy bits, and mellows any bitterness.

Frying is also a good option. Frying is another no-smell option — a quick toss in a very hot pan will give you some seared edges and it won’t soften the flesh the way roasting does. You can overcook them in a pan, so keep an eye on the color and avoid that army green.

Try one of these great Brussels sprouts recipes if you still need convincing:

How to Freeze Brussels Sprouts

The pioneers of frozen food were big fans of Brussels sprouts. They’re really, really good at being frozen. If you want to freeze your own, follow these simple steps: Blanch, cool and dry completely, toss into a freezer bag, remove as much air as possible, seal and store in the freezer for up to a year. 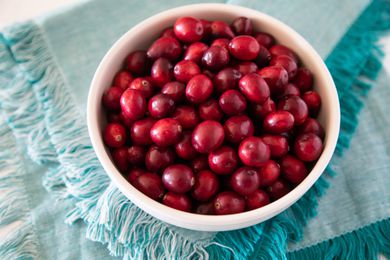 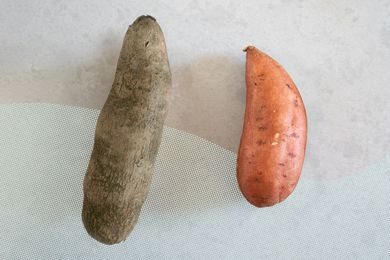 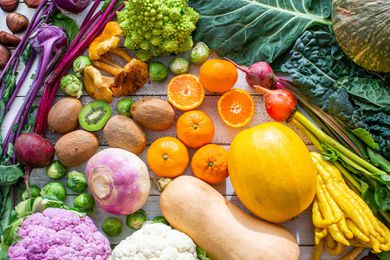 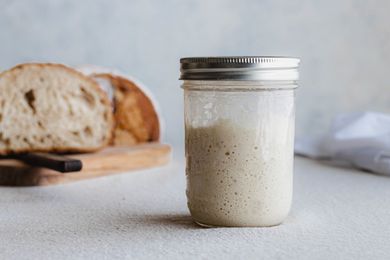 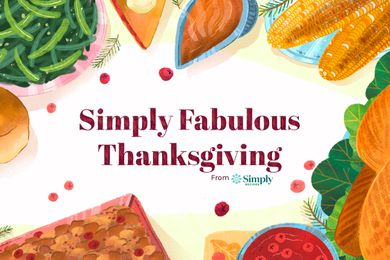 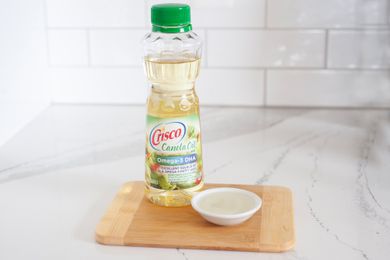 Your Guide to Canola Oil, a Versatile Vegetable Oil That Works Well for Cooking and Baking 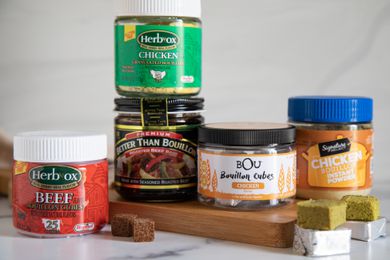 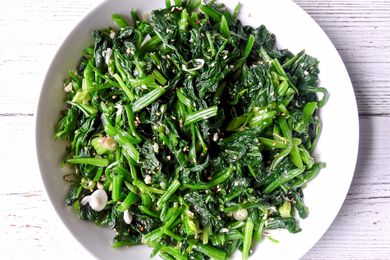 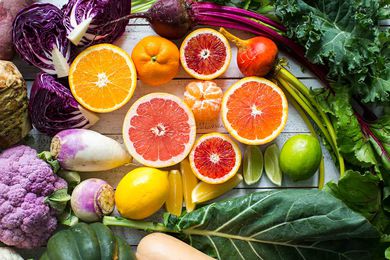 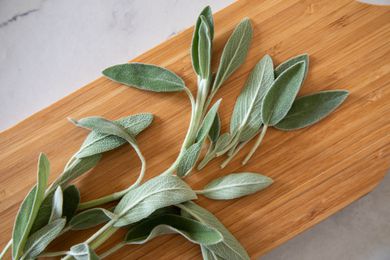